Shares of Everi Holdings Inc. (NYSE:EVRI) are soaring, trading higher by about 19% as of 11:30 a.m. EDT on the back of better-than-expected results in its second quarter.

Everi Holdings is in the business of producing and servicing gaming and payments machines for the casino industry. While its gaming business has largely stagnated, Everi Holdings is minting money in payments, which generally includes ATM and check advance services for casino customers. 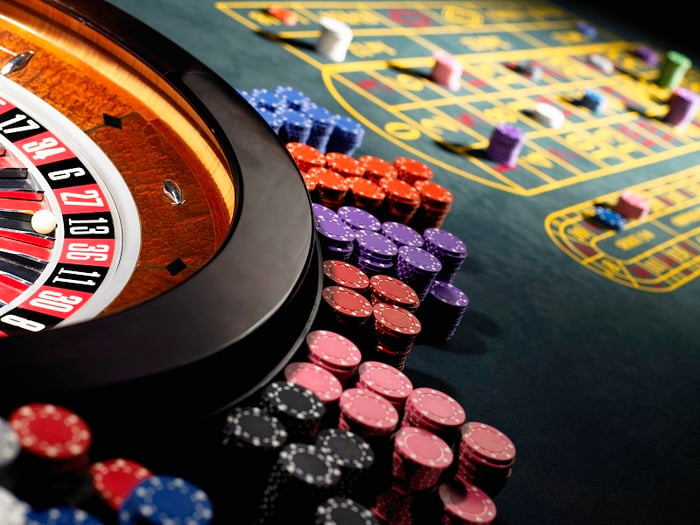 The payments business benefits from operating leverage, as revenue growth of 17% drove a 31% increase in operating income, after eliminating the impact of an aircraft sale last year.

Everi Holdings' payments business. Data source: Everi Holdings. *A $0.9 million loss on the sale of an aircraft was added back to last year's operating income.

Notably, total dollar amounts processed grew to roughly $6.2 billion during the second quarter, up from roughly $5.3 billion in the year-ago period.

In gaming, Everi Holdings noted that it recently secured a new contract to place 4,300 games with its largest customer in Oklahoma, replacing a number of agreements it already had in place, many of which were set to expire in the next year, according to conference call commentary. To put that in perspective, the company had an installed base of 6,734 machines in Oklahoma at the end of the second quarter.

It's worth pointing out that Everi Holdings is a highly levered company, having ended the quarter with long-term debt of approximately $1.2 billion, compared to a current market capitalization of less than $500 million.

For this reason, seemingly small increases in its profitability have an outsize impact on the share price. The company could score an additional earnings tailwind next year, as it will have the opportunity to refinance $350 million of high-cost debt, which becomes callable in January.