Shares of RingCentral (NYSE:RNG) jumped as much as 19.9% higher Wednesday morning, thanks to unconfirmed reports that the cloud-based enterprise communications expert has attracted buyout interest from private equity investors. As of 12:23 p.m. EDT, the stock had settled to 9.2% gain.

A Bloomberg report cites at least two unnamed insiders who agreed that the company has hired an advisor to help it hammer out a takeover deal. The sources noted that RingCentral may end up preferring to stay independent, but that the deal talks are serious. 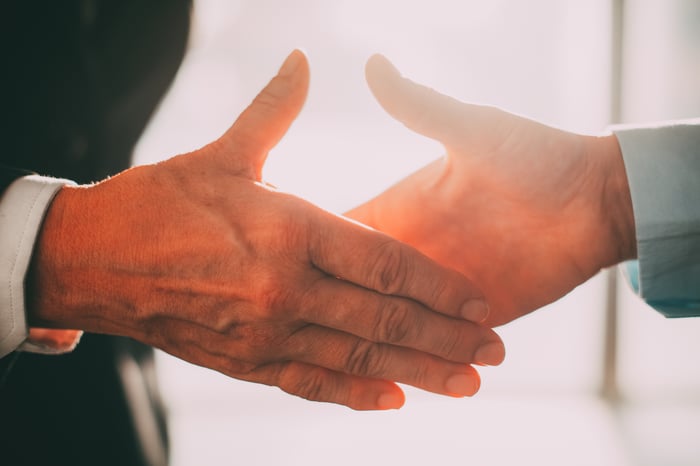 The cloud communications space has seen some merger activity in recent weeks. Smaller sector players Mitel Networks and ShoreTel are merging in a $530 million buyout that was announced at the end of July.

RingCentral is larger than the post-merger Mitel business and the stock has been on a roll in 2017 with a 90% year-to-date market return, so interested buyout partners should be motivated to move quickly. On the other hand, the company is unprofitable and difficult to value by any other metric than pure revenue growth. I wouldn't be shocked to see RingCentral's buyers walking away without striking a deal, because it's difficult to pin down the company's fair market value.

If you don't hear any further detail about this purported buyout in the next week or two, the talks probably fell apart. Stay tuned.