The entire offshore rig industry has been hit hard by collapsing oil prices, and Seadrill and Seadrill Partners are no exceptions. Although it's a little unclear exactly why Seadrill Partners' share price dropped when it did, there's no shortage of reasons for investors to be concerned about the company. 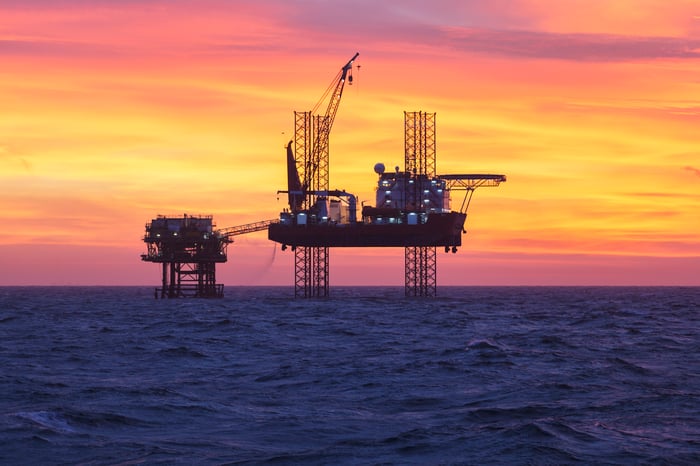 Offshore oil-rig stocks have plummeted since oil prices began dropping in 2014, and the trend seems to show no sign of reversing itself. Image source: Getty Images.

It was a mixed month for offshore-rig companies. Oceaneering International, for example, jumped more than 10% on a surprisingly good earnings report. Seadrill Partners, on the other hand, was at the bottom of the (oil) barrel: 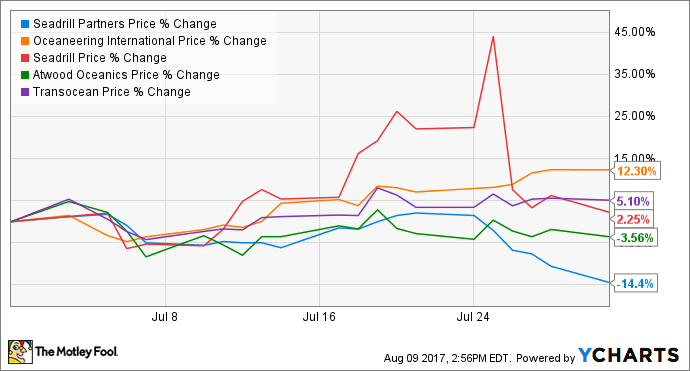 You'll notice that Seadrill Partners' big drop (July 25-26) came at the same time as its parent Seadrill (the red line) saw a pop-then-drop. On July 26, Seadrill announced that its creditors had allowed it to kick the can down the road, extending the maturity date of $850 million in credit to September 14, so that it could work out a plan to restructure its debt.

But the company ominously reiterated that:

"[I]mplementation of a comprehensive restructuring plan will likely involve chapter 11 proceedings, and we are preparing accordingly. ... It is likely that the comprehensive restructuring plan will require a substantial impairment or conversion of our bonds, as well as impairment and losses for other stakeholders, including shipyards. As a result, the Company currently expects that shareholders are likely to receive minimal recovery for their existing shares."

If you bought shares of Seadrill Partners before mid-2014, it might cost you more to get rid of them than they're currently worth. Some of the moves on the chart above look big, but not when you check out the three-year picture: 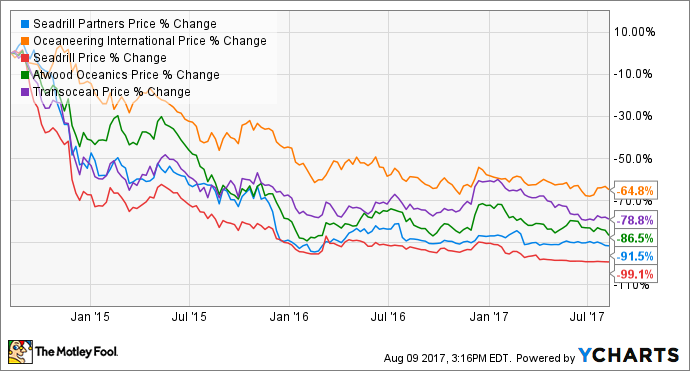 The stock has lost more than 90% of its value. Still, it seems like the worst may be yet to come.

If you're considering buying the stock because it looks cheap, think again. Absent a near-immediate jump in the price of oil that suddenly makes offshore rigs a hot commodity again -- and really, how likely is that? -- the problems for Seadrill Partners aren't going away. It's best to steer clear.