Nickel is one of the most versatile metals in the world. It's in everything from batteries to shower heads to coins. However, it's primarily used to make stainless steel. Hence, demand tends to ebb and flow with the need for this type of steel, which has declined in recent years, weighing on the price of nickel. It recently hit a four-month high, though, thanks in part to news that the world's second-largest producer, Russia's Norilsk Nickel, would miss production expectations this year.

That said, while it is an essential metal for our modern economy, there are few easily accessible nickel mining stocks out there for investors who want to profit from directly from its production. Instead, they need to dig deep because buried within some of the biggest mining companies are many of the largest nickel businesses. In fact, the first- and third-largest nickel producers in the world are mining giants Vale (NYSE:VALE) and BHP Billiton (NYSE:BHP), which makes them the top options for investors looking to profit from a future recovery in nickel. 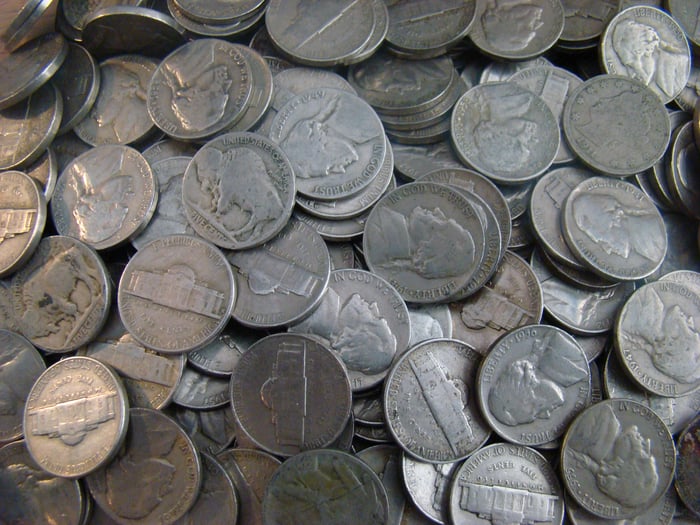 Brazilian mining giant Vale is known for iron ore, which isn't a surprise considering that it's the world's top producer of that key steelmaking metal. The company, however, is also the leading global producer of nickel. However, despite that industry-leading position, its output only generated $686 million in revenue for the company last quarter, which represented just 9.5% of Vale's total. That was partially due to weaker nickel prices during the quarter after the metal fell 10.2% as a result of oversupply issues. The primary reason nickel is such a small percentage of Vale's revenue stream is that iron ore is essential for making steel and therefore generates greater profits for miners.

Still, for investors craving an investment option in the nickel sector, Vale is a great choice because it boasts the industry's leading position. Furthermore, while the company has recently curtailed some production at currently non-competitive mines, it has the flexibility to bring those mines back on line in a rising nickel price environment. That ability to adjust could earn investors some incremental profits in the future. In the meantime, they can enjoy the company's iron ore-driven dividend. 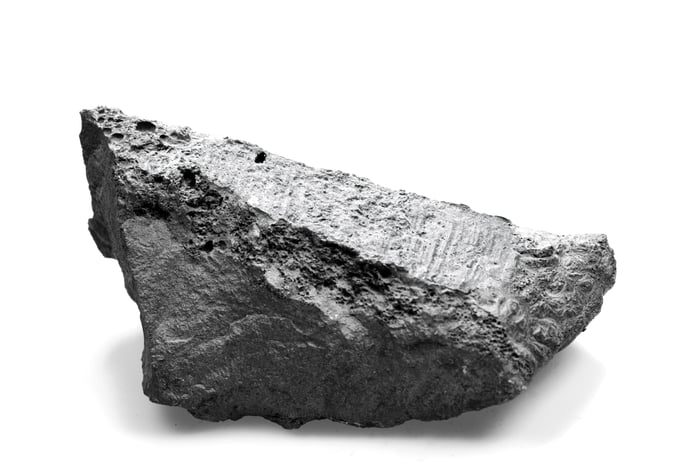 BHP Billiton is another large global mining company with a nickel business buried deep within the mix. While it operates a fully integrated mine-to-market nickel business in Australia, which is the third largest in the world and contributes 5% of global supplies, it's a small piece of BHP Billiton's global resource group. In the second half of 2016, for example, the company's nickel business generated $472 million in revenue and $37 million of underlying EBITDA (earnings before interest, taxes, depreciation, and amortization). Contrast that with the group as a whole, which produced $18.8 billion of revenue and $9.9 billion of underlying EBITDA. Consequently, its other businesses, which include iron ore, copper, coal, and petroleum, support its top-tier mining dividend.

That said, BHP Billiton sees better days ahead for its nickel business. The company recently announced that it would spend $43 million to build a new nickel processing plant in Australia geared toward batteries. Driving that decision is the expected growth of electric vehicles, which should consume a larger percentage of the world's nickel supplies in the coming years. In fact, BHP Billiton believes that batteries will drive 90% of the demand within its Nickel West business over the next five to six years. While that growth won't likely turn its nickel business into the company's most profitable segment, it should supply some incremental cash flow that could boost the stock price and the dividend.

Investors need to dig deep to find opportunities to invest in the nickel sector since there are no good pure-play options. Two excellent choices do exist, though, in BHP and Vale, which are among the biggest nickel producers in the world. Also, not only can investors get access to their profitable nickel niches but, as a bonus, they gain exposure to their other more profitable businesses. That reduces risk, which is important when investing in a company exposed to commodity prices.