It wasn't a good month for stocks exposed to China's property market.

Shares in mining and oil and gas giant BHP Group (BHP -0.53%) (BHP 0.42%) slumped by 17.5% in September, according to data provided by S&P Global Market Intelligence. The move comes as a consequence of evidence of a slowdown in China's construction market.

China matters to BHP because the company generates the bulk of its profit from iron ore, a mineral almost entirely used to make steel, and China's construction market is a key end market for steel. In addition, BHP has significant exposure to copper, a metal with considerable exposure to construction.

BHP's earnings before interest, taxation, depreciation, and amortization per segment is as follows:

The news from China centers around the debt crisis at China Evergrande Group, a property company with more than $300 billion in debt. In a company update on Sept. 14, Evergrande told investors that its contract sales would decline significantly in September. It's a sign of issues at Evergrande (as consumers avoid buying from it) as well as a slowdown in the property market.

As such, iron ore prices have slumped and so has BHP's share price. 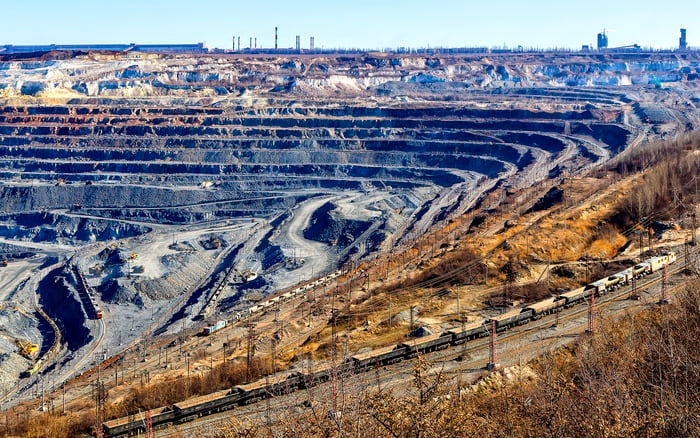 There appears to be little doubt that China's property market is slowing. But, quite frankly, it had to because the market was running hot earlier in the year. That's reflected in the iron ore price, and the stock will likely come under pressure until it becomes clear that Evergrande's problems won't spill over to the rest of China's construction industry.

On a more positive note, the prices of copper and oil have both held up well, so BHP may be able to offset some lost income from iron ore with profit growth in other areas.

All eyes will be on the demand for steel coming out of China's construction market. If Evergrande's problems are contained, then the stock could enjoy a relief rally as worries dissipate. On the other hand, investors might be tempted to look at miners exposed to mining commodities with better long-term prospects, such as copper. However you look at it, the next few months are likely to produce some volatility in BHP's stock price.