The Israeli cybersecurity company struggled to close deals on time, prompting it to reshuffle its leadership structure in order to right the ship. 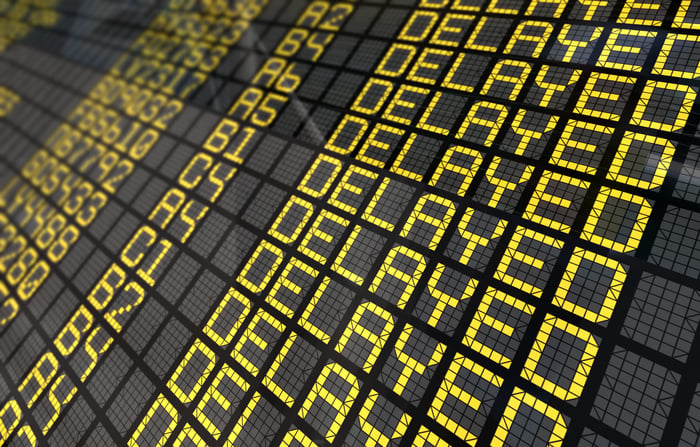 What happened with CyberArk Software this quarter?

Revenue increased 14% year over year to $57.5 million, which was significantly below the $61 million to $62 million CyberArk guided for back in May.

CyberArk preannounced the shortfall in July. Management said the lower-than-expected revenue performance was primarily due to poor results in the company's EMEA (Europe, Middle East, and Africa) region, where several deals that were expected to close by the end of the quarter were delayed.

Even as revenue growth has slowed, operating expenses rose 33%, to $46.5 million, mainly due to the investments CyberArk is making to expand its sales force. In turn, operating income fell to $1 million from $8.5 million in the year-ago quarter. And non-GAAP operating income -- which excludes share-based compensation, acquisition-related expenses, and certain other items -- declined 35% to $8.8 million.

CyberArk expects third-quarter revenue of $62 million to $63 million, representing year-over-year growth of 13% to 15%. Non-GAAP operating income and earnings per share are forecast to be in the ranges of $8.2 million to $9 million and $0.17 to $0.19, respectively.

To help get growth back on track, CyberArk promoted Ron Zoran to the position of chief revenue officer. Zoran previously was the company's vice president of sales for its Americas division.

"Ron's proven track record across every role he's held at CyberArk, his passion for our mission and deep security expertise gives me great confidence in Ron's ability to deliver results and enable CyberArk to fully capitalize on our tremendous opportunity," Chairman and CEO Udi Mokady said in a press release. "With Ron at the helm of our global sales organization, we will drive consistent best practices across all sales, sales engineering and channel sales to enable CyberArk to expand our market reach, drive growth and scale our operations."