The big entertainment business news of this week was Walt Disney's (NYSE:DIS) divorce from Netflix (NASDAQ:NFLX). To recap, the House of Mouse said it will begin removing most of its content from Netflix beginning in 2019, migrating it to a newly created streaming service of its own. Separate to the Netflix untethering, it'll also set up a dedicated ESPN streaming service for its sports content.

Disney investors weren't cheered by this move; that, plus several uninspiring fundamentals in the company's Q3 earnings report, drove the share price down notably. But Disney has good reasons for its decision, and I think there's a good chance this will work out to its advantage.

In the conference call covering the quarterly results, Disney CEO Bob Iger naturally waxed optimistic about the migration away from Netflix and the planned ESPN service.

According to him, they mark "the beginning of what will be an entirely new growth strategy for the company, one that takes advantage of the opportunities the changing media and technology industries provide us to leverage the strength of our great brands."

Disney clearly believes it can better line its pockets by moving streaming capabilities in-house. That stands to reason, as it has a considerable library of films and TV hooked to top classic and contemporary brands (Mickey Mouse and Frozen, to cite just a few examples) that it can pack into the main streaming service. And that doesn't even include the lucrative Marvel superhero films and the Star Wars movies, which may or may not be part of this offering.

The company is certainly putting its money where its mouth is. It also announced that it'll pay just under $1.6 billion to purchase an additional 42% of BAMTech, the video streaming company that will develop the two services. Added to the stake Disney already holds, this will give it a strong majority of 75% of the company.

"This move gives us immediate access to the team and the technology we need to deliver the highest quality direct-to-consumer experience, which ultimately gives us much greater control of our own destiny in a rapidly changing market," Iger said of the investment.

Even for a company as wealthy as Disney, $1.6 billion isn't chump change, and the BAMTech purchase sure isn't an impulse buy. It's a serious and concentrated attempt to push into the future of entertainment distribution. As such, Disney has a strong incentive to make it work. 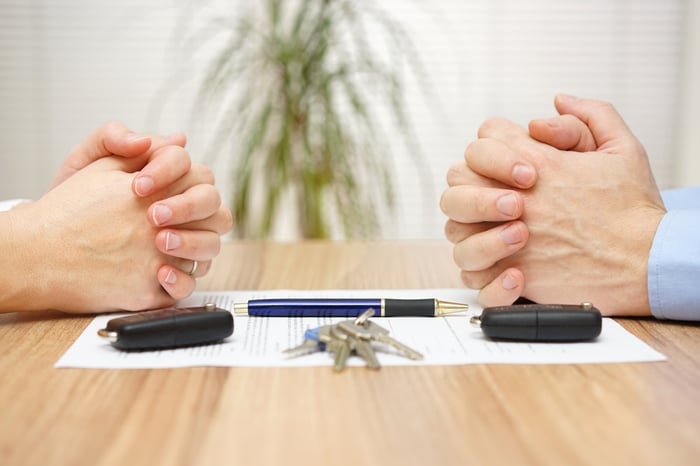 If any media company knows how to spin intellectual property into gold, it's Disney. Although the Q3 results weren't particularly inspiring, on a longer-term basis the company has managed to build most of its business units -- I'm thinking specifically of media networks (i.e., television), studio (films), consumer products, and particularly parks and resorts -- into behemoths in their respective segments.

Revenue and profitability for all have increased nicely over the years, despite the well-publicized damage from ESPN's subscriber losses.

So I'd bet on seeing Disney find a way to bring in more revenue from Disney Streaming (or whatever it'll be named) than the company currently draws from having Netflix license its content. The ESPN service might be another matter; content acquisition costs are ruinously high, the company is locked into its most important sports licensing deals, and the audience just doesn't seem as interested as it once was.

We need more clarification on what will be available through Disney Streaming to make a better judgment on its viability, because the presence, or lack thereof, of Marvel films and Star Wars, will make a big difference. But as I noted, even without them there will be plenty of material for fans of the company's many properties.

Disney is on top of the market when it comes to content; it's also proved over the years that it knows how to make a buck or several from it. I think it has a better chance to benefit from the Netflix divorce than suffer from it.