As it attempts to revamp its product offering to better compete with Amazon and other rivals, Target (NYSE:TGT) has decided to put an added focus on its pets section.

The retailer, which has begun revamping the look of many of its stores while also launching a new smaller format, plans to add a number of new products aimed at our four-legged friends. This includes adding more than 200 new items to its own Boots & Barkley line while adding what it called "chic holiday finds from Wit & Delight's first-ever pet collection." Check out Wit & Delight here.

In addition, Target has added a natural food line from Blue Buffalo, an upscale brand, as well as toys and treats from BARK, a company known for its BarkBox subscription service. Bringing BARK into stores mimics another Target move in its men's grooming section, where it sells Harry's razors, a product that established itself using a subscription model. 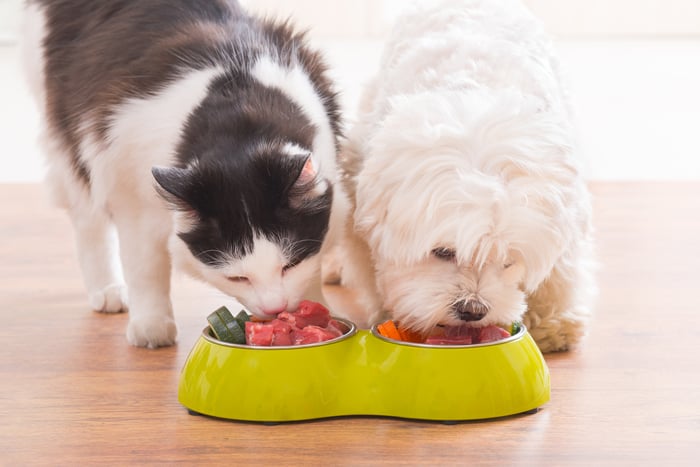 Amazon sells pet supplies of all kinds, but it's not a particular focus for the company. It hasn't done much to call attention to its offering or differentiate it.

That perhaps leaves an opening in the space, though Chewy.com, an online pet supplies company that was purchased by PetSmart in April, is attempting to meet animal owners' needs as well. Target is banking on the idea that it can leverage existing customers in its stores who have animals that need food, treats, toys, and other supplies.

"Almost 70% of our guests have pets at home," said Target Senior Vice President Christina Hennington in a press release. "So we saw an opportunity to become their ultimate pets destination by offering new and exclusive pet brands they can only find at Target, alongside everyday must-haves they need, saving guests time and money with every Target run."

Target has been rebuilding its brand around offering well-curated merchandise under its own labels and by bringing in lines that may get customers to come to its stores. By stocking products that were previously internet-only, like Harry's, Casper beds, and now BARK, the company can profit off their name recognition by allowing customers access without a major commitment.

By upping its pet game, Target is applying the same model it has used in apparel and home. It's taking a semigeneric section and giving it some flair. That may be enough to get shoppers to sample and that could lead to people in stores spending more money. And an in-store sale could easily become an online reorder if the customer and his or her pet enjoys the product.