Amerco (NASDAQ:UHAL) reported its fiscal first-quarter 2018 earnings after the market closed on Wednesday. The parent company of the do-it-yourself moving leader and growing self-storage player U-Haul, which also has two insurance company subsidiaries, posted a 3.8% year-over-year increase in revenue, while earnings per share declined 14.2%.

Shares of Amerco closed down 7.9% on Thursday.

While year-over-year revenue grew, a rise in operating expenses resulted in operating income declining, which flowed through to the bottom line. Depreciation expense, net of gains and losses on equipment disposals, increased $31.3 million due to increased costs of acquisitions and lower relative vehicle sales values compared to the same period last year.

The company has been dealing with a lower resale market for vehicles for some time. 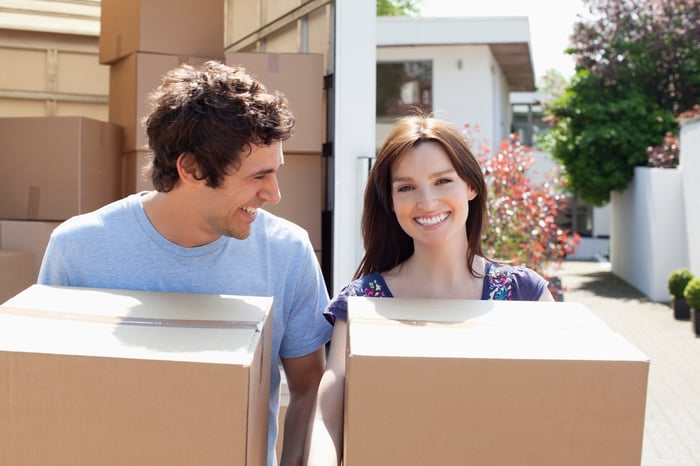 Our opportunity is to continue to better utilize the investments we've made in our rental fleet and self-storage locations to serve more customers. Our base businesses are solid. We need to continue to focus on management.

Overall, it was a challenging quarter, with operating income declining about 12% and net income and EPS decreasing about 14%. However, there were some relatively brighter spots: The core U-Haul segment's revenue grew 4.3%, and the average occupancy rate based on room count in the self-storage business ticked up from last quarter.