Risk is what keeps investors up at night, but you can do something about that if you pick the right investments. That's not to suggest that you can completely avoid it, but tailoring what you own to your tolerance for volatility isn't as hard as you might think. If you're a low-risk investor, income-focused Enterprise Products Partners L.P. (NYSE:EPD), Consolidated Edison, Inc. (NYSE:ED), and Genuine Parts Company (NYSE:GPC) are three options that should be on the top of your watchlist.

Oil and natural gas prices are notoriously volatile, which we've seen since oil prices tanked in mid-2014. Although oil has rebounded, prices have yet to fully recover. Less volatile is the need to move oil and natural gas from where it gets pulled from the ground to where it gets used. That's the midstream business that Enterprise Products Partners is focused on. It's largely fee-based, meaning that demand for oil and gas is more important to Enterprise than energy prices. 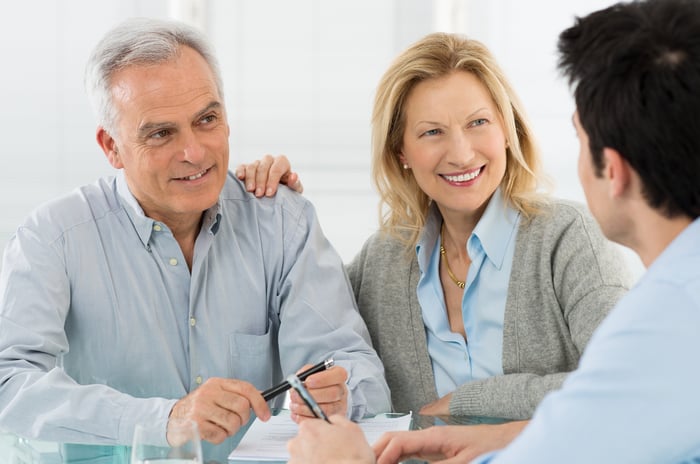 To give you a better picture of this, when oil prices started to fall, Enterprise didn't pull back on growth investments (it currently has over $8.5 billion in investments in the works right now). It continued to raise its distribution every single quarter, and its distribution coverage never fell below 1.2 times. And while Enterprise added some debt during the downturn, that was largely used to make opportunistic acquisitions, not prop up a distribution it couldn't cover (compare that to some of the integrated oil majors).

With a 6.4% distribution yield and a 20-year history of annual distribution hikes, Enterprise is a an energy player that's proven it can thrive in even the worst of times. Low-risk investors should pay attention.

If you think 20 years of annual dividend hikes is impressive, Consolidated Edison has upped its dividend for 43 consecutive years. Although the electric utility's 3.2% yield is lower than Enterprise's yield, it's still well above the roughly 2% or so offered by the S&P 500. And there's a lot to like about Con Ed's business.

For example, the company's core customers live in New York City and its surrounding suburbs. That's a highly affluent region with a huge appetite for energy. In addition, Con Ed has already switched to charging for the use of its power line, passing electricity costs through to customers. That means it's in a strong position to deal with an industry where power generation increasingly faces business challenges. Note, too, that regulators have been generous when it comes to granting rate increases to fund spending on things like ensuring power lines can withstand severe weather conditions -- those types of investments underpin around 80% of Con Ed's $11 billion in spending plans. 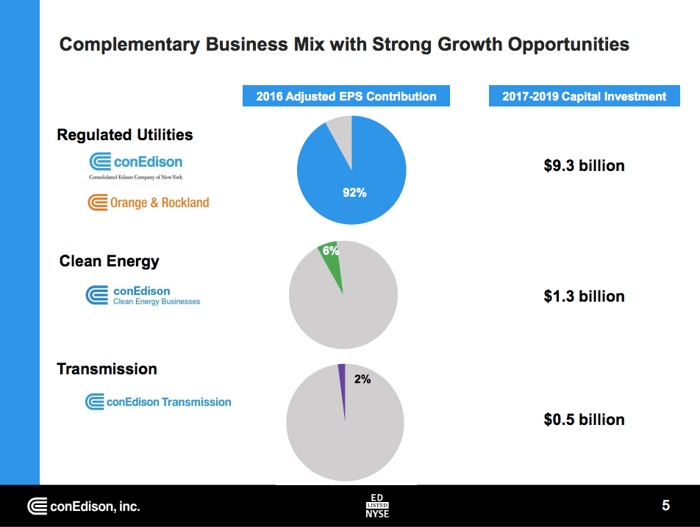 But Con Ed is also investing to take advantage of the changing energy landscape. For example, it is expanding its large-scale transmission business that helps connect cleaner fuel options with the large metropolitan areas that need it. And it's building a merchant renewable power business underpinned by long-term contracts. So Con Ed is doing the right things to keep paying you while it grows its business in a fast-changing, but vital industry.

Now take a look at logistics powerhouse Genuine Parts, which has increased its dividend each year for an astounding 61 years. Its largest businesses are auto parts (where 75% of sales are to auto shops) and industrial parts. These two operations contribute a little over 80% of revenue combined. Having a broad catalog of parts, extensive knowledge of those parts, and the ability to deliver quickly enough to limit customer downtime are the keys to success in these sectors. The company also sells office products and electrical products (around 20% of revenue combined). It has leading industry positions in all four businesses. 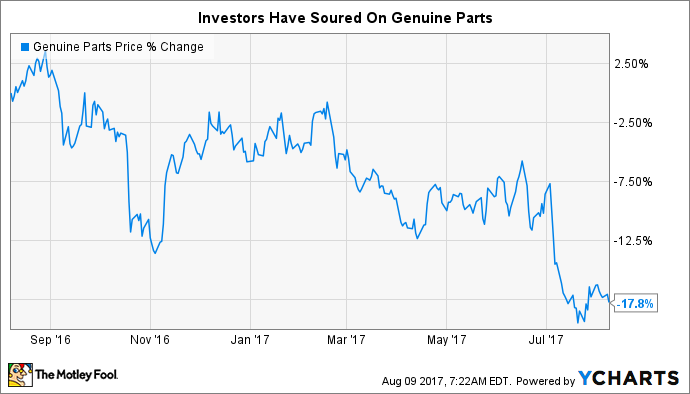 The stock is currently in the doldrums, pushing the yield to an enticing 3.2%. One of the big reasons for this is the concern that online retailers, particularly Amazon, will eat away at Genuine Parts' business. That's a real risk, but one that's likely overblown. For example, cheap prices simply aren't the key to Genuine Parts' auto and industrial operations. Neither of those businesses is focused on the retail customers that are most likely to rely on Amazon.

It's also worth noting that Genuine Parts has modest market share in each of its businesses, meaning it still has plenty of room to continue expanding via the acquisition of smaller competitors. Although it's definitely changing with the times, Genuine Parts has grown sales in 84 of its 89 years of existence, with profit up in 73 of those years, by doing basically the same things it's doing today. Genuine Parts isn't likely to excite you, but it's the type of slow-and-steady-wins-the-race investment that won't make you lose sleep at night.

If you are looking for low-risk investments, this is a trio of stocks that should be on your watch list. Enterprise's energy-related business is based on demand, not oil prices. Con Ed's core electric-delivery business is similarly demand-based, with expansion opportunities in newer areas like long-distance transmission and renewable energy. And Genuine Parts is out of favor because of concerns about the retail nature of its business, despite the fact that it isn't as exposed to the e-commerce concerns that are hitting its competitors.

All three, meanwhile, have long histories of increasing their dividends, which will help you rest easy during the inevitable down periods (like the one Genuine Parts is working through right now). If you are a low-risk investor, this trio of top dividend stocks should be high on your short list.