Where can Americans get the best healthcare?

Financial website WalletHub set out to answer this question by evaluating each U.S. state and the District of Columbia in three areas: cost, access, and outcomes. WalletHub used data from a variety of sources, including federal agencies and non-profit organizations that focus on healthcare.

Here are the top five states for healthcare based on WalletHub's research -- and why they ranked so highly. 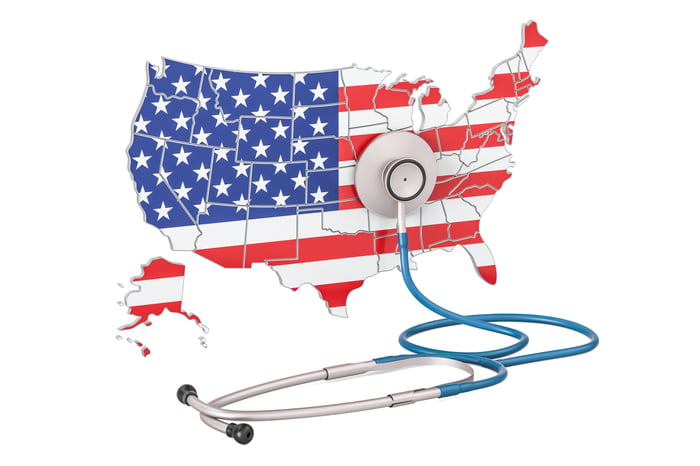 The Aloha State topped the list of the best states for healthcare. Hawaii also ranked as the best state in healthcare outcomes. Healthcare outcomes were evaluated by looking at infant, child, and maternal mortality rates, patient hospital readmissions, life expectancy, rates of serious diseases including cancer, heart disease, and diabetes, as well as several other criteria.

In addition, WalletHub found that Hawaii was in the top five states in a couple of detailed areas of analysis. Hawaii had the lowest rate of heart disease in the U.S. It also ranked fourth in the percentage of insured adults ages 18 to 64.

Iowa and Minnesota tied for second place in the overall ranking of the best states for healthcare. Iowa took the No. 2 spot for cost, which was calculated by reviewing the costs of medical and dental visits and average monthly insurance premiums, as well as the percentage share of high out-of-pocket medical spending and percentage share of adults with no doctor visits due to cost. Minnesota ranked fifth in the cost category.

Both states also performed well in the other two major categories in the WalletHub study. Iowa ranked 13th in healthcare outcomes, while Minnesota was in 11th place for access to healthcare.

The two states rated highly in several detailed areas of focus in the analysis as well. Iowa has the most hospital beds per capita and the second-lowest infant mortality rate of any U.S. state. Minnesota ranked second in heart disease rates, third in physician Medicare-acceptance rates, and fifth in percentage of insured adults ages 18 to 64.

The Granite State claimed the No. 4 spot for healthcare. New Hampshire also ranked fourth in access to healthcare and seventh in healthcare outcomes.

There were also a couple of detailed areas where New Hampshire rated highly. The state had the second-best physician Medicare-acceptance rate and boasted the lowest infant mortality rate.

Technically, the District of Columbia isn't a state. However, WalletHub listed D.C. as the fifth-best place to live in the U.S. for healthcare.

How does your state stack up?

Here's the complete ranking of the rest of the states in WalletHub's healthcare analysis:

If your state ranks low on the list, is there a chance that it could move up in the near future? Probably not.

Healthcare costs could change within a state, though. That's especially the case if a state is left with only one insurer on the Obamacare exchanges. Still, though, because cost is only one-third of the overall score, don't expect it to help a state move up very much on future rankings.

These Are the Best States for Healthcare -- How Does Your State Rank? @themotleyfool #stocks Next Article
Current