According to research firm eMarketer, 168.1 million people in the U.S. will use an internet-connected TV this year, representing 10.1% growth from 2016. Nearly half of those users (81.2 million) will use smart TVs with built-in streaming features. 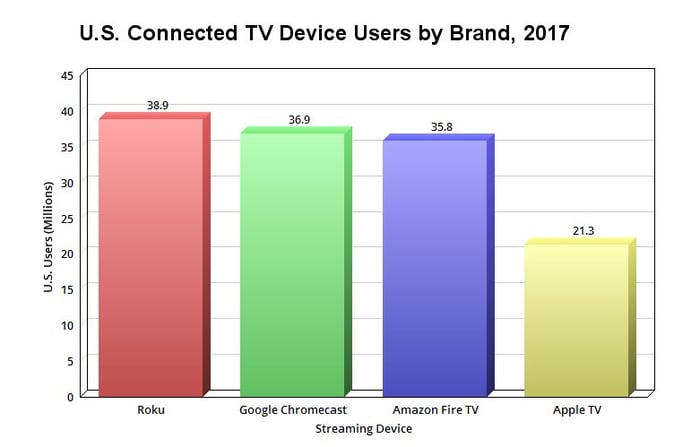 Analyst Paul Verna attributes Roku's lead to its lack of a multiplatform "ecosystem" like the other three companies. Verna notes that Roku leverages that neutrality "to strike deals with a wide range of partners, including smart TV makers, over-the-top (OTT) service providers and social media companies."

Chromecast remains a cheap way to stream content from mobile devices and PCs to TVs. The Fire TV is popular with Prime members, who have access to Amazon's streaming videos. Meanwhile, Apple TV remains held back by a high price tag (about four times the cost of streaming sticks) and its lack of compelling original content.