Two longtime Disney World attractions closed forever on Sunday. The Great Movie Ride at Disney's Hollywood Studios and Ellen's Energy Adventure at Epcot shut down at the end of the operating day, paving the way for two of the amazing experiences that Disney's (NYSE:DIS) bringing to the world's most visited theme-park resort.

The replacements will be special. A Guardians of the Galaxy-themed thrill ride will be be taking over the space left behind by Epcot's sleepy energy attraction, giving Disney one of the few Marvel franchises that it can promote within its Florida parks. Mickey & Minnie's Runaway Railway -- a family-friendly attraction that hopes to raise the bar on in-ride special depth effects without relying on 3-D glasses -- will go in the iconic Grauman's Chinese Theater building that until Sunday night housed the Great Movie Ride.

The problem for Disney at this point is that there is no timeline for the eventual upgrades. Neither incoming attraction is likely to open within a year. We're talking about late 2018 at the earliest for Mickey & Minnie's Runaway Railway, and there's little chance that Disney World's first Marvel-themed ride will open before 2019. Given Disney's recent shortcomings on the attendance front, it can make an already dry funk even worse. 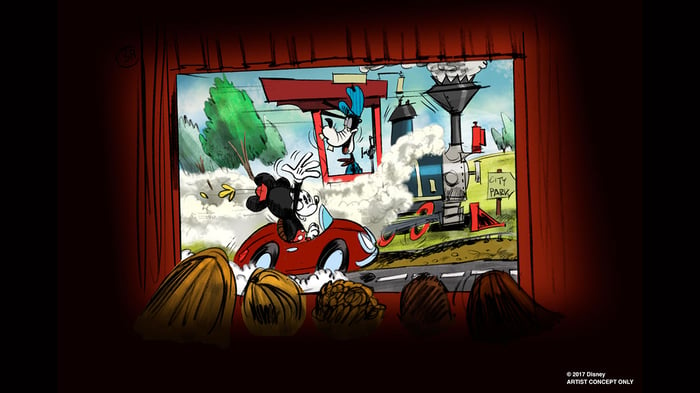 Disney's theme-park division was the lone bright spot in last week's poorly received quarterly report, but the growth there stemmed largely from its international operations. Disney's domestic theme-park struggles continue. Those going through the media giant's high-tech turnstiles are paying more to get in, but overall attendance was lower last year and occupied room nights at its resort hotels declined in the latest quarter despite the tailwind of the favorable timing of the Easter holiday.

It's going to be a rough stretch at Disney's Hollywood Studios between now and the May or June opening of Toy Story Land. It can add new stage shows. It can update its One Man's Dream attraction, as it will next month with a new moniker and models of the new lands going into the park. Disney's Hollywood Studios will be a hot ticket by the summer of 2019, when it has Toy Story Land, Mickey & Minnie's Runaway Railway, and Star Wars Land to justify its likely pricier ticket. It's just not going to seem like a good investment of time and money through the next three quarters.