Novo Nordisk (NYSE:NVO) released earnings for the first half of 2017, and while revenue growth wasn't spectacular, considering how last year went for the diabetes specialist, investors will take it.

What happened with Novo Nordisk? 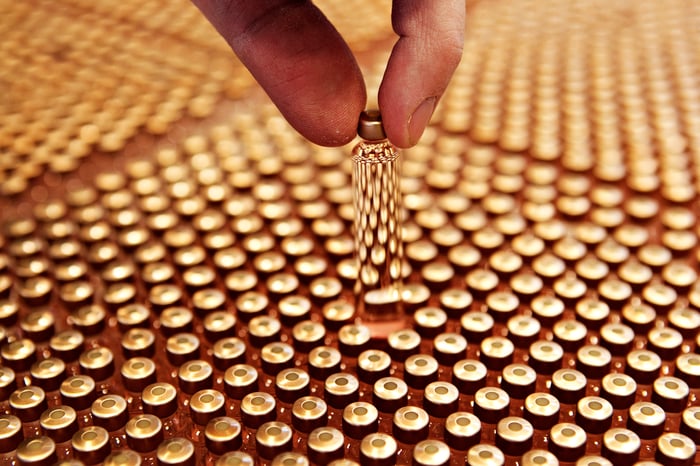 In the U.S., formulary negotiations with pharmacy benefit managers and managed care organizations for 2018 are progressing. Average prices after rebates are expected to be lower compared [to] 2017, driven by a changing pricing environment, especially in the basal insulin segment. Market access for our key products is anticipated to remain broadly unchanged compared to 2017. However, at this stage, there's still [a] level of uncertainty pertaining to formularies yet to be finalized and announced. This includes Medicare Part D and custom plans, and potential impact on price and volume.

On the plus side, Jorgensen noted how the company's next-generation insulin drugs have supported each other rather than cannibalizing sales; this should be a positive for the U.S. launch of Xultophy, which began in May:

In addition to the cardiovascular data for Victoza, Novo Nordisk also has cardiovascular data showing that Tresiba was non-inferior to Sanofi's (NASDAQ:SNY) Lantus -- clinical-trial speak for essentially the same, although Tresiba looked slightly better. Novo Nordisk recently submitted that data to U.S. and European regulators, which could help drive patients to switch to the next-generation insulin.