Monday saw a strong start to the week for the stock market, as major benchmarks moved to regain part of the ground they lost last week. Investors took the weekend to get some perspective on the state of affairs on the geopolitical front, and they apparently concluded that their concerns over North Korea and other potential global hot spots were overdone. Some market participants looked at the rebound as being less than completely robust, but that didn't stop the Dow and S&P 500 from moving higher by half a percent or more from Friday's closing levels. Several individual stocks did even better, and Fiat Chrysler Automobiles (NYSE:FCAU), Neff (NYSE: NEFF), and Snap (NYSE:SNAP) were among the best performers on the day. Below, we'll look more closely at these stocks to tell you why they did so well.

Fiat Chrysler gets some buyer interest

Shares of Fiat Chrysler Automobiles gained 8.5% on reports that the automaker had received a potential acquisition bid from a Chinese industry peer. Fiat Chrysler reportedly turned down the offer because it wasn't high enough, but the stock's move indicates that shareholders could be willing to consider better offers. Today's gains sent Fiat Chrysler to new all-time highs since emerging from bankruptcy, and that's a far cry from the weaker performance that its two main U.S. peers have seen recently. Yet some remain worried about Fiat Chrysler's debt, and an acquisition would be an easy exit strategy for shareholders sitting on substantial gains. 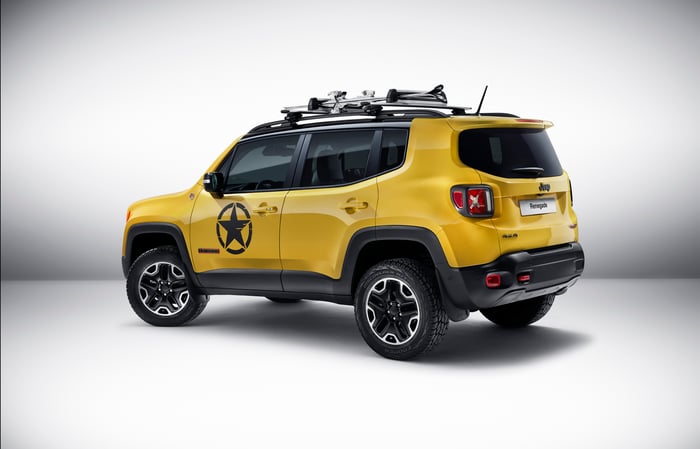 Neff gets a better bid

Neff stock jumped 19% after the equipment rental specialist said that it had received a second acquisition bid that it considered to be a "superior proposal" under its existing merger agreement. H&E Equipment Services (NASDAQ:HEES) had agreed to purchase Neff for $21.07 per share in cash, but the new bid from what Neff called a "strategic bidder" for $25 per share opened the door for Neff to make the declaration. H&E has matching rights and other options and would receive a termination fee of $13.2 million if Neff goes with the rival bidder. But that bidder has agreed to pay the $13.2 million fee on Neff's behalf. With the stock now well above the higher offering price, investors are hoping for a bidding war between the two companies that would result in an even bigger windfall for Neff shareholders. That's far from a sure thing, given that H&E has gone through a long lull as activity in the construction sector has fallen sharply in recent years.

Finally, shares of Snap rose 6.5%. The parent of social media phenomenon Snapchat was a key subject of examination of institutional investors' quarterly filings containing their latest holdings. A number of institutional investors sold off their entire positions in Snap stock, while others added to their shares. The move higher was a vote of confidence in the stock, especially because one key lock-up provision following the IPO expired today and Snap also had an analyst give it a downgraded price target. Moreover, with the stock having fallen consistently over the past several weeks, some saw it as a good time to look for a potential bargain in the shares.