Following a strong rise in the past year, Ingersoll-Rand PLC's (NYSE:TT) stock has corrected in recent weeks alongside competitors in the heating, ventilation, and air conditioning (HVAC) space such as United Technologies Corporation (NYSE:RTX) and Lennox International Inc. (NYSE:LII). Clearly, something about the HVAC sector has spooked the market, so let's take a look at the underlying dynamics in all three companies' earnings, and specifically Ingersoll-Rand as an investment proposition. Is it a structural problem that's set to last or merely a temporary issue? 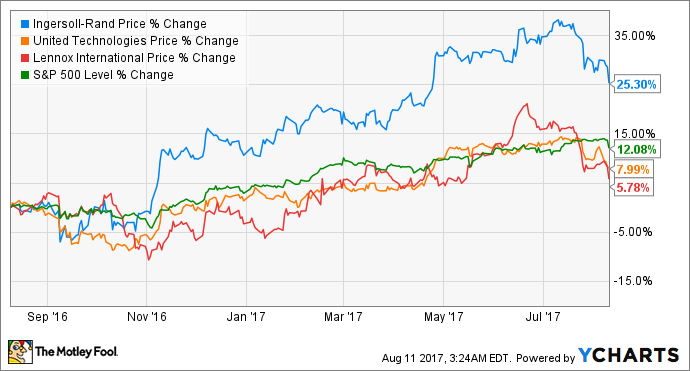 Sales are rising, but so are costs

It's no secret that the global HVAC market has been strong in 2017 -- particularly U.S. residential and China commercial and residential -- and all three have reported strong sales and bookings growth. Moreover, Ingersoll-Rand and Lennox International, both primarily HVAC companies, raised their full-year revenue and earnings expectations in their recent second-quarter earnings presentations. United Technologies' climate, controls, and security (CCS) segment also reported a strong quarter.

So if revenues are strong and the sales outlook is strengthening -- leading all three companies to raise their full-year adjusted EPS guidance in their results -- why did the HVAC sector, and Ingersoll-Rand in particular, sell off after their earnings reports? 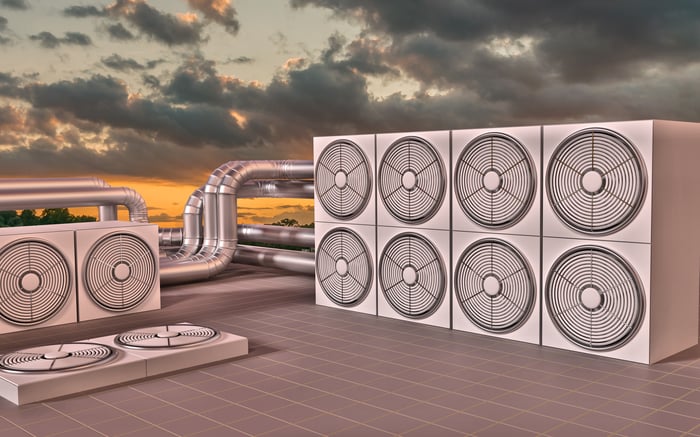 Sales rising, but so are costs

United Technologies' management gave a bunch of reasons its CCS segment's adjusted operating margin declined in the second quarter. Meanwhile, Lennox International now expects "commodity headwinds of $20 million in 2017, up from our prior guidance of $10 million," according to CFO Joe Reitmeier on the earnings call.

Turning attention to Ingersoll-Rand, it's notable that the operating-margin guidance ranges for the climate segment and total company were left unchanged at 14.6%-15.1% and 12.4%-12.8%, despite the rise in revenue growth expectations. In fact, total company full-year reported revenue growth guidance was increased from 2% to 4.5%.

That margin guidance was left unchanged is somewhat disappointing, for two reasons:

Moreover, for the second quarter in a row, "price/material inflation" shaved 50 basis points of total adjusted operating margin. The company is "planning around the assumption that price realization will be below our prior forecast in the second half," Lamach said on the earnings call. "We believe it's prudent to plan for a negative price/material cost spread similar to what we saw in the first half of the year."

For all the problems we're seeing, it's not time to sell yet. First, the increased volume in the quarter was partly responsible for the climate margin decline, as Ingersoll-Rand bought a higher percentage of commodities at current prices than normal. Second, the negative impact of price and material discussed in the guidance is already built into the full-year adjusted EPS guidance of $4.50, itself an increase on prior guidance for $4.34 to $4.50. Third, if the economic strength that caused higher raw-material pricing continues, then it's reasonable to expect Ingersoll-Rand, Lennox, and United Technologies to gain more pricing power in the future.

All told, the raw-material cost rise is definitely a net negative, but it's too early to tell whether it's going to have any impact on Ingersoll-Rand's overall earnings growth or its ambitions for long-term climate margin expansion.