Investment guru Warren Buffett's buy-and-hold strategy has served him well over the years. With a market capitalization of nearly $440 billion, Buffett's Berkshire Hathaway has become a force to be reckoned with.

Included in Berkshire's mammoth portfolio are several high-yielding stocks including IBM (NYSE:IBM) and real estate investment trust Store Capital (NYSE:STOR). There's also one stock he may wish he could invest in if not for its size -- plane leasing and sales upstart Aircastle (NYSE:AYR). 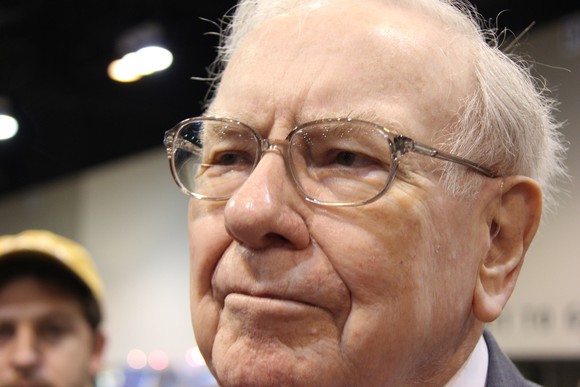 A source of income and long-term value

Tim Brugger (IBM): One of Buffett's largest holdings as of Berkshire's last reporting period is IBM -- with over 64.5 million shares. Unfortunately, IBM hasn't performed the way Buffett, or its other shareholders, had hoped, and therein lies the opportunity for investors in search of value and income.

Following last quarter's somewhat disappointing results on July 18, IBM stock has sunk 7%, and nearly 14% in 2017. Total revenue declined 5%, to $19.3 billion. However, IBM's all-important strategic imperatives grew once again, by 5% in the second quarter, to $8.8 billion, and now accounts for 46% of total sales. IBM's strategic-imperatives unit consists of cognitive-computing analytics, the cloud, mobile, and data security -- all markets with nearly limitless upside.

IBM delivers the majority of its strategic solutions via the cloud, and it's become an industry leader in this all-important market. The company now boasts a cloud annual run rate of $15.1 billion, $3.9 billion of which was generated last quarter, good for a 15% improvement. To its credit, IBM once again cut operating expenses in its most recent quarter by 5%, to $6.35 billion, and it continues to repurchase shares by the millions.

In addition to IBM's sound 4.2% dividend yield, it is also one of the best values around. IBM shares are trading at just 12 times earnings, well below the tech-industry average of 18.7. Looking ahead, IBM is valued at a mere 10 times projected earnings. For long-term investors in search of income, IBM warrants a long look.

Neha Chamaria (Store Capital Corp): Store Capital is a new entrant into Buffett's portfolio. Berkshire Hathaway's subsidiary National Indemnity Co. is buying as much as a 9.8% stake in Store Capital, which indicates that the company must have a lot to offer to have attracted the Oracle of Omaha's attention. A delectable 4.8% dividend yield and an attractive business model appear to be two key factors driving Buffett.

As a net-lease real estate investment trust (REIT), Store Capital acquires and manages single-tenant properties where a typical lease agreement includes pre-decided regular rent increases and passes on the burden of various expenses, like property taxes and insurance, to the tenant. In other words, such a business can enjoy stable income and cash flows for years to come thanks to the rent-escalation clause and the long duration of the lease term. (Store Capital's weighted average remaining lease term was nearly 14 years as of June 30, 2017.)

That also makes for a perfect recipe for stable and rising dividends: Store Capital passes on at least 90% of its taxable income as dividends to shareholders. It's easy to understand the correlation between the gradual rent increases and the corresponding potential growth in profits and dividends. For perspective, Store Capital's dividends have grown at an annual average clip of 8.6% between 2013 and 2016.

Store Capital's exposure to the retail sector has been a concern, but it's worth noting that services  -- think education, health clubs, and entertainment destinations -- comprise nearly 70% of the company's asset base, while manufacturing makes up another 14%. What's more, despite all the fear surrounding retail, Store Capital boasted a 99.5% occupancy rate as of June 30, 2017.

Putting it all together, Store Capital's earnings growth potential, backed by its strong business structure and property portfolio, is likely to reap rich returns for income investors in the years to come.

A company Buffett could take flight with

Rich Duprey (Aircastle): Everyone knows Warren Buffett had a long-standing animus toward the airline industry. He famously told shareholders at Berkshire Hathaway's 2013 annual meeting that the airline industry was a "death trap for investors." Yet like many other aspects of the Oracle's investing strategy that takes a "do as I say, not as I do" approach, Buffett has invested some $10 billion in the four biggest U.S. airlines within the past year.

Aircastle gives investors a better way to invest in the industry by allowing them to benefit from the growth of aviation, particularly in developing countries. Aircastle's two biggest customers are Brazil's Avianca and Indonesia's Lion Air, both of which represent more than 6% of its net book value. Southeast Asian countries like Thailand, Singapore, and Malaysia comprise the aircraft-leasing giant's next biggest group of customers.

Because they help the industry meet fluctuating demand around the world for airplanes depending upon the health of individual markets, aircraft-leasing companies now own 41% of the world's commercial jet aircraft.

While the 8.2 years weighted average age of Aircastle's fleet is older than either AerCap (7.4 years) or Air Lease (3.8 years), it shouldn't be a problem, as the technological gap between older aircraft and newer aircraft has narrowed considerably over the years. And last quarter, it acquired 18 aircraft with an average age of just under eight years.

The stock's dividend of $1.08 a year currently yields 4.5%. Aircastle's business generates plenty of cash flow to allow the board of directors to continue increasing its payout by 3% to 5% annually.

Aircastle sounds like a company Buffett would be interested in, given his newfound interest in the sector, but with a market cap of less than $2 billion, he would be unable to make a meaningful investment. However, that doesn’t mean income-seeking investors of lesser means can’t take a look.