The Trade Desk, Inc. (NASDAQ:TTD) may not a household name among investors, but it has exhibited impressive results during its short stint as a public entity. For the uninitiated, the company uses artificial intelligence and big data to help advertising agencies precisely target audiences with the most relevant and highest performing ads, while selecting the best channels to reach them.

The Trade Desk went public in September 2016 at $28.75, 60% higher than its IPO price of $18. The company has since become a stock market darling, with its share price nearly doubling in less than a year.

With that kind of growth, investors were looking closely for any signs of weakness when the company reported financial results for just the fourth time since its public debut. The high flyer did not disappoint and the stock continued its relentless upward trek. 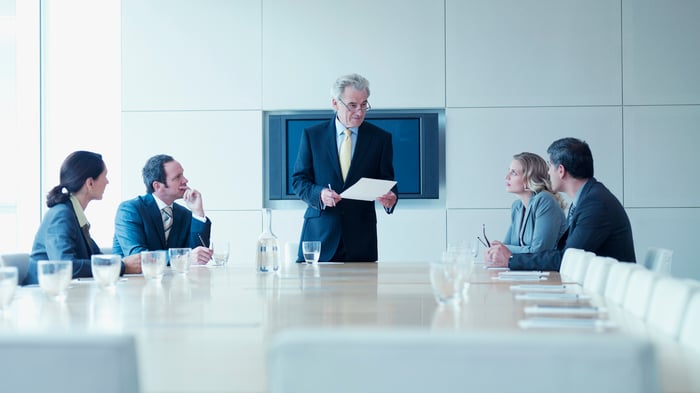 For the just-completed quarter, The Trade Desk saw revenue grow to a record $72.8 million, up 54% year over year, while net income of $18.8 million grew an astonishing 147% over the prior year quarter. These results were partially driven by impressive customer retention that remained over 95% for the 15th consecutive quarter. CEO Jeff Green called out strong customer wins, international growth, and striking results in mobile as driving the company's positive momentum. In describing the ongoing opportunity, he stated:

The programmatic revolution continued to gain momentum and our success was driven by our commitment to be an objective, independent, data-driven software platform for our customers to unleash the power of programmatic advertising through all channels and devices that touch the consumer.

Continued focus on the business

The world of advertising has become increasingly complex with consumers scattered across the advertising landscape. These fragmented audiences and the increasing digitization of media provides a broad opportunity in the automation of ad buying. The Trade Desk also believes that expanding its brand of programmatic advertising technology in the areas of mobile, video and connected TV, as well as further expansion in international markets will drive future growth.

The company is still squarely in growth mode and is investing heavily its corporate infrastructure including personnel, technology and development that will provide the platform for future progress. In its quarterly report, management noted that it may attempt to raise additional capital with a follow-on stock offering. Investors should note that this would be dilutive to their existing shares.

For the coming quarter, The Trade Desk expects revenue of $76 million, which would represent growth of 43% year over year. It also expects adjusted EBITDA of $21 million, an increase of 26% over the prior year quarter.

Due to solid results so far this year, The Trade Desk has increased its forecast for 2017, now anticipating revenue of $303 million, an increase of 49% year over year, with adjusted EBITDA of $88 million, up 35% over the prior year quarter.  These revised figures are still likely conservative estimates, as the company has beaten its own guidance in each of the four quarters since going public. Coming into the year, the company had originally forecast revenue of $270 million and adjusted EBITDA of $72 million for 2017.

The Trade Desk continues to take the advertising world by storm and bring investors along for the ride.