For more than six decades, Procter & Gamble (NYSE:PG) has delivered a steadily rising stream of income to its shareholders. In fact, the consumer-goods titan has increased its dividend for 61 consecutive years. Investors appreciate this type of dependable performance, and perhaps unsurprisingly, Procter & Gamble's stock price is currently flirting with all-time highs.

Yet even the best-performing businesses have risks, and it's important to study the threats that could derail your investments. That way, you won't be blindsided by them, and you can identify the key trends you should be watching.

On that note, here are the three reasons P&G stock could fall in the years ahead. 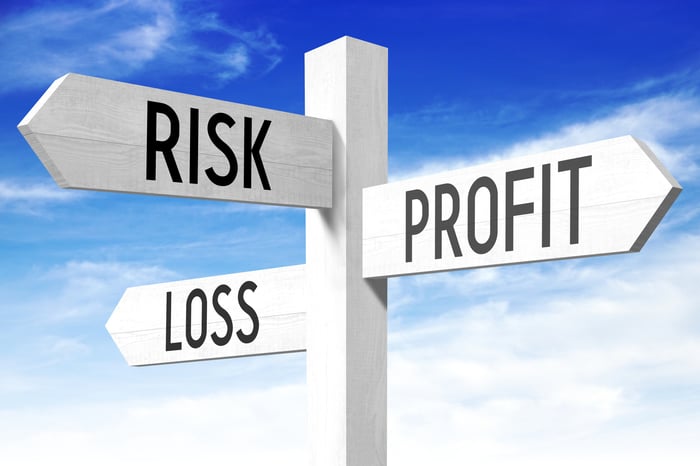 At the core of Procter & Gamble's business model is its ability to grow sales faster than the overall industry in which it competes. This market-share expansion fuels improving economies of scale and industry-leading profitability metrics, which, in turn, drives earnings growth, and ultimately, shareholder returns.

Unfortunately, P&G has experienced market-share losses in many of its most important product categories in recent years. Perhaps most disturbing are the struggles of its Gillette business, which has seen its share of the global razor and blades industry fall to 65%, down from 70% in 2013. While commanding nearly two-thirds of a lucrative global market is certainly not something to be scoffed at, P&G's grooming business accounts for 10% of its total revenue and 15% of its earnings, so any continued market-share losses could severely dent its bottom line.

Lower-cost rivals such as Dollar Shave Club -- which was recently purchased for $1 billion by rival consumer-goods giant Unilever (NYSE:UN) -- have taken share by utilizing a direct-to-consumer online-subscription model that has resonated well with younger customers.

To counter these challenges, P&G has launched a subscription service of its own, though its prices remain higher than that of Dollar Shave Club and its other major e-commerce competitor, Harry's. Moreover, with Unilever intending to put its marketing muscle behind growing its Dollar Shave Club business, it's possible that P&G could continue to lose share in the coming years.

Despite these challenges, Procter & Gamble's stock remains richly priced. Shares are currently trading at a forward price-to-earnings ratio of more than 22 based on analysts' estimates for fiscal 2018. With P&G projected to grow earnings at an annualized rate of only about 6.3% over the next half-decade, the stock's price-to-earnings-to-growth ratio, or PEG, of more than 3.5 is well above the 1.0 that's widely considered to represent bargain territory.

Procter & Gamble's forward enterprise-value-to-EBITDA (EV/EBITDA) ratio of 14 paints a similar picture, as it's significantly higher than peers Unilever and Kimberly-Clark. 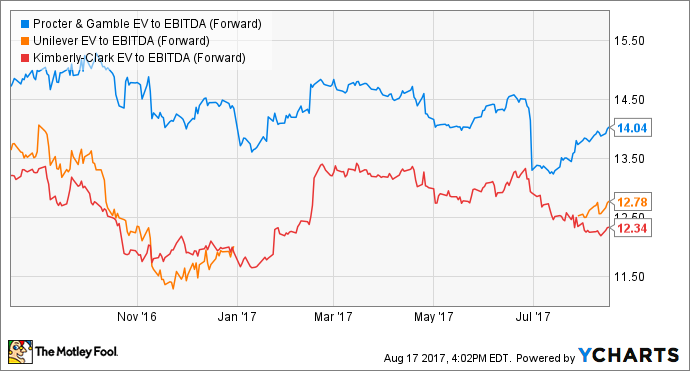 For a company that's been losing market share to its rivals, P&G's premium could evaporate if investors begin to value the company at a level more in line with its competitors.

A rise in interest rates

Another potential catalyst that could dent Procter & Gamble's stock price is the specter of higher interest rates. In our currently low-interest-rate world, investors have piled into dividend stocks in a desperate search for yield.

But if the Federal Reserve continues to raise rates and bonds become more attractive, then other income-producing assets -- such as dividend-paying stocks -- may become relatively less appealing. Such a situation would likely reduce investor demand for Procter & Gamble stock, causing its price to fall.