The action camera company -- GoPro (NASDAQ:GPRO) -- recently announced earnings that crushed expectations on the top and bottom lines and gave the stock a much-needed boost. 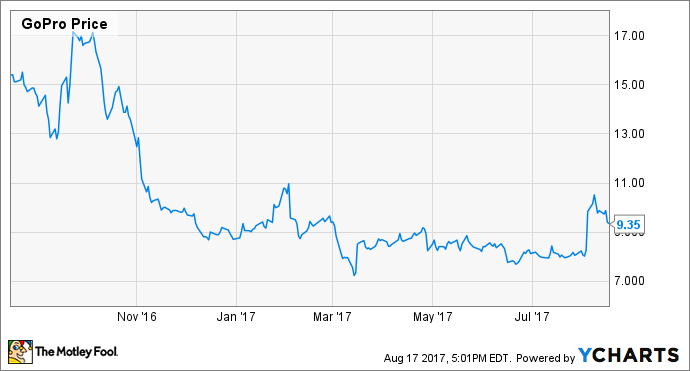 Good news from the report, included improving financials, continued consumer excitement for the HERO5 family, and a transformative ease-of-use announcement for the company's products.

Good news started on the top line, where revenue grew 34% year over year, making this the third quarter in a row where GoPro increased revenue by double digits. This is a stark reversal from the previous four quarters. Unit volume came in at 1.06 million units, a 40% year-over-year increase, driven by strong increases in HERO5 sales.

Management also executed on its fiscal management initiatives and saw improvements in headcount, operating expenses, and net income. Headcount is the lowest its been in two years and down 475 from its high of 1,722 in Q3 2016. With a leaner business, the company's operating expenses declined 35% year over year, with net income improving by over $60 million to a loss of $30.5 million.

Management indicated a "sharp focus" on inventory and channel management, which yielded positive results. Inventory was reduced 39% sequentially, making it the second lowest inventory position in the last nine quarters. Product sold through retailers increased 18% from the previous quarter, which reduced weeks of supply in the retail channel by 25%. These inventory reductions are critical to clear out stock of current and older models, freeing up "shelf space" for the upcoming launch of HERO6 in the second half of the year. 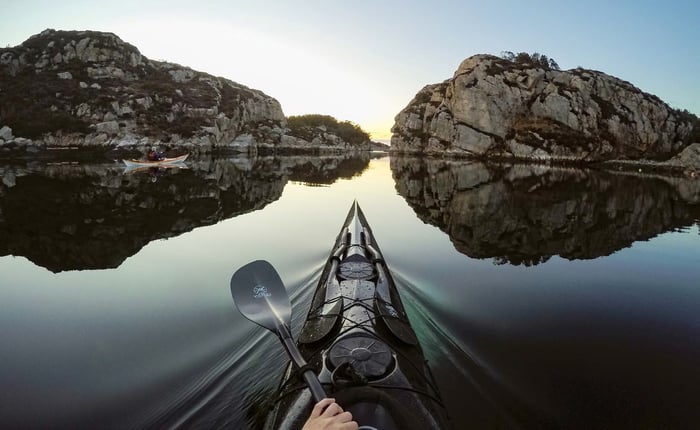 The HERO5 camera ($399) and it's smaller counterpart, the HERO5 Session ($299), were released last year for the 2016 holiday season. The products continue to perform well in the market with the HERO5 Black holding the title as best-selling camera in the U.S. for the third quarter in a row, outselling its predecessor, the HERO4, in comparable launch periods. The HERO5 Black accounted for 60% of the over one million units shipped in the quarter and 70% of the demand. What's even more impressive is that these cameras have not had to be marked down and maintain the same price since they were launched last year.

Despite the success of the HERO5 family, GoPro knows that it can't rest on the success of its current products too long, or competition will eat its lunch. Management noted that the next iteration, the HERO6, is on track to launch for the holiday season and COO CJ Prober told analysts on the call they would be "super impressed".

A strong product line-up is critical to the success of the company, but management also made another potentially game-changing announcement as well.

GoPro founder and CEO Nick Woodman highlighted the launch of QuikStories, a feature which represents "our biggest leap forward in ease of use since the invention of the GoPro itself." Woodman went on to explain that this feature will allow users to easily copy footage from a GoPro to create ready-to-share video clips for social media in near real-time. Woodman explained why he believes this is a major growth driver:

We believe that GoPro's biggest opportunity may be to serve as an untethered lens for the smartphone, helping users capture more immersive and engaging stories than they can with a smartphone alone ... Now with our seamless app experience, a GoPro is a powerful extension of the smartphone itself.

Woodman indicated that there are 700 million smartphone users on Instagram, which would open up GoPro to a wider audience and enable its camera to become a "mobile storytelling" device. While it has been widely recognized that GoPro's inability to easily offload its content has been a stumbling block for consumer adoption, time will tell whether this new feature will resonate with customers who've not yet tried one of its action cameras.

It seems that GoPro is on the mend -- Woodman summed up the state of the company at the end of the earnings call:

To summarize, GoPro's momentum is growing. We're on track to achieve growth and profitability this year, and we see significant opportunities to grow in 2018 and beyond by continuing to develop GoPro as a natural extension of the smartphone.

With financials and fiscal execution improving, an exciting new product coming out for the holiday season, and a new feature that can further integrate GoPro products in customers' lives, the company seems to be in its strongest position in a long time.