Shares of rare disease biopharma Horizon Pharma (NASDAQ:HZNP) surged over 13% today after the law firm of Green, Griffith successfully asserted one of the company's patents covering Pennsaid 2% against a generic challenge from Teva Pharmaceuticals. It's the company's top-selling drug, having generated about one-fifth of total revenue in the first half of 2017.

The news marks an important win in Horizon Pharma's multi-front battle against scores of generic challengers. The company has settled all other generic litigation for Pennsaid 2%, so the market is hoping this is the last. As of 3:08 p.m. EDT, the stock had settled to a 11.8% gain. 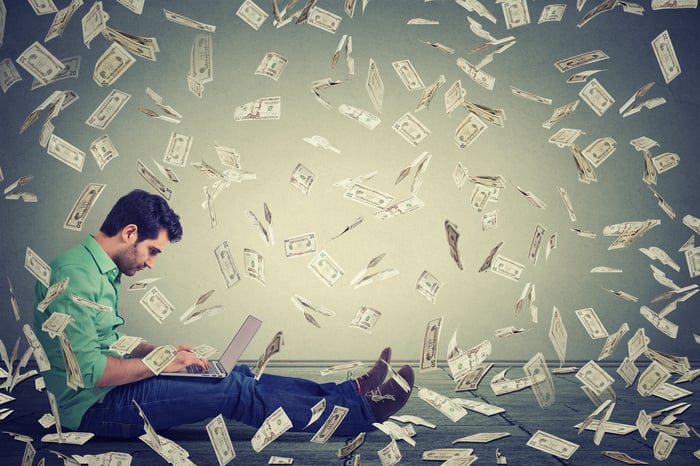 Pennsaid 2% is a non-steroidal anti-inflammatory drug mostly used to treat pain from osteoarthritis, general pain, and migraines. It brought in $92.8 million in revenue in the first six months of 2017, which represented 18% of total revenue during that period.

While still an important contributor to Horizon Pharma's overall business, Pennsaid 2% revenue fell 27% year over year. The company said 77% of the decline was due to lower pricing this year, and SEC filings show most of the decline occurred in the second quarter of 2017. Why did the company lower pricing? Well, one primary reason was to maintain market share in case generic challengers proved successful.

Most generic challenges have been settled in court such that each generic cannot enter the market until 2029 -- except in certain conditions. If that's also the case for the Teva Pharmaceutical litigation, then it's a pretty big win for Horizon Pharma. The drug company may be able to at least stop lowering drug prices and maintain current revenue levels.

Here's Why Horizon Pharma Gained as Much as 13.1% Today @themotleyfool #stocks $HZNP Next Article
Current