The stock market fell sharply on Thursday, with major benchmarks finishing the day down between 1% and 2%. A terrorist attack in Barcelona reminded investors of the numerous geopolitical threats abroad, and the continuing fallout from events over the weekend in the U.S. had investors increasingly doubtful that the Trump administration will be able to move forward expeditiously in getting its agenda through Congress and into law. Even with the big declines in the market, some stocks still managed to post gains. Molina Healthcare (NYSE:MOH), China Lodging Group (NASDAQ:HTHT), and U.S. Silica Holdings (NYSE:SLCA) were among the best performers on the day. Below, we'll look more closely at these stocks to tell you why they did so well.

Molina gets a healthy review

Shares of Molina Healthcare moved higher by 5% after the health insurance company earned a favorable mention in a report from Wall Street analysts today. Analysts at Morgan Stanley made the rare move of boosting their rating on Molina all the way from underweight to overweight, raising their price target by $3 to $68 per share. Molina had struggled early in the year as the outlook for the Medicaid managed care insurance market looked cloudy due to potential healthcare reform. Yet Molina's efforts to restructure its operations and put new management in place had already started to work, and analysts believe that the company has further to run. Shareholders seemed inclined to agree, sending the stock higher. 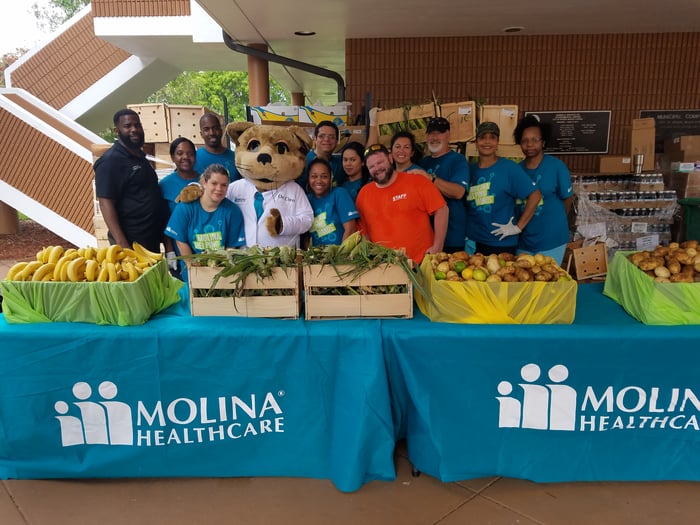 China Lodging Group stock rose nearly 10% in the wake of the company's second-quarter financial report. The company said that revenue jumped by a fifth from the year-ago period, helping to send net income higher by almost a quarter. With the company having just made a key acquisition, China Lodging gave guidance for revenue gains of about a third in the current quarter. CEO Jenny Zhang was happy with the way that the quarter went, stating that the company is "confident that the consumption upgrade in China will continue to feed into the growing demand for midscale and upscale hotels." With U.S. hotel chains looking to get a greater presence in China, investors can look to companies like China Lodging for their already-established presence there.

Finally, shares of U.S. Silica Holdings gained close to 4%. The hydraulic fracturing sand provider made a strategic move late yesterday, announcing an agreement to buy industry peer Mississippi Sand for $95.4 million in cash. The move gives U.S. Silica even more exposure to the fracking sand market, with the St. Louis-based target having a mine and plant with 1.2 million tons of annual capacity, most of which is in fine-grade sand. Given customer contracts are already in place for most of Mississippi Sand's capacity, U.S. Silica won't have to do the work of finding new customers for the unit. With U.S. Silica already having a plant close to Mississippi Sand's facilities in Missouri, the company believes that the acquisition will help it serve all of its existing customers better, especially if conditions in the market improve.