Please ensure Javascript is enabled for purposes of website accessibility
Log In Help Join The Motley Fool
Free Article Join Over 1 Million Premium Members And Get More In-Depth Stock Guidance and Research
By Leo Sun – Aug 18, 2017 at 10:00AM

But even after that impressive rally, I believe that HP still has room to run. Let's take a look at four key catalysts that might help the stock hit new post-split highs this year. 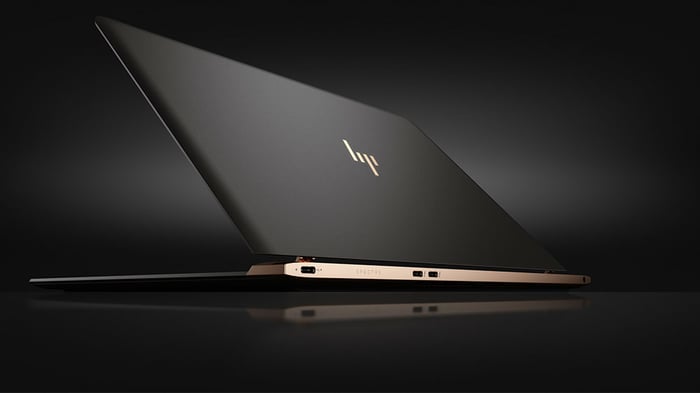 In previous years, HP's PC business was hurt by the disruptive growth of smartphones and tablets, longer upgrade cycles, and competition from rivals like Lenovo (LNVGY 1.17%) -- which overtook HP as the world's top PC maker four years ago.

The PC market remains in a five-year slump, with shipments falling year over year for 11 straight quarters, according to Gartner's latest figures. But amid that decline, HP mounted a comeback against Lenovo with five straight quarters of annual shipments growth.

That growth -- fueled by robust demand for its high-end laptops and convertibles, especially in the U.S. -- helped HP reclaim its title as the world's top PC vendor with a 21% market share during the second quarter. Out of the five top PC vendors, only HP and Dell (the third largest vendor) posted positive shipments growth.

That's why HP's Personal Systems (PC) revenue rose 10% annually last quarter, with its 12% growth in notebook shipments offsetting a 6% decline in desktop shipments. The competition will remain tough, and rising component prices (especially memory) will impact its margins, but HP's core business remains poised to grow as many of its rivals struggle. 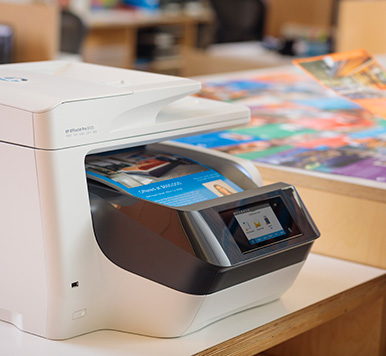 HP is also diversifying its printing business with mobile printers (like the Sprocket) for smartphones, industrial 3D printers for manufacturers, and A3 copiers. To boost its single-digit market share of the A3 copier market, HP agreed to acquire Samsung's (NASDAQOTH: SSNLF) printing business late last year.

HP believes that purchase -- which will become earnings accretive within the first year of closing -- can improve the printing business' margins with economies of scale, and enable it to produce multi-function printers that can simultaneously replace traditional printers and copiers.

In hindsight, splitting with HPE was a great move for HP. HPE took all the complex, slow-growth enterprise hardware and software businesses off its plate, leaving the "new" HP with the comparatively easy-to-understand businesses of PCs and printers.

Wall Street expects HP's revenue and earnings to respectively rise 4% and 2.5% this year. Those growth figures aren't exciting, but they easily beat Lenovo's projected sales growth of 2% and flat earnings growth this year.

4. Its generous dividend and low valuation

HP currently pays a forward dividend yield of 2.8%, which beats the S&P 500's 2% yield and HPE's 1.5% yield. Over the past 12 months, HP spent just 36% of its earnings and 34% of its free cash flow on those dividends -- so it still has plenty of room for future dividend hikes.

A safe buy for a frothy market

With the market hovering near all-time highs, it's getting tougher to find compelling investments in the tech industry. However, I think the "new" HP remains a great pick for investors looking for a fundamentally cheap stock with a solid dividend and steady growth. HP will report its third-quarter earnings after the close on Aug. 23.