There might be a lot of things to cast aspersions on millennials about, but killing the beer industry doesn't seem to be one of them. Despite a recent Goldman Sachs (NYSE:GS) report blaming the millennials for falling beer sales, the industry as a whole still looks healthy. It's only mass produced beers that are really hurting; craft beer is doing just fine.

The mug is more than half full

A cursory glance might not suggest that. The craft beer industry trade group Brewers Association said craft beer sales grew only 6% last year after a decade or so worth of double-digit growth. Leading craft brewer Boston Beer (NYSE:SAM) continues to post declining depletions -- or sales to distributors and retailers (a proxy for consumer demand) -- and it sold 1,000 fewer barrels year-to-date than it did last year. It's only been bolstered by tiny, niche products like hard seltzer, that could very well turn into flash-in-the-pan fads like hard soda. 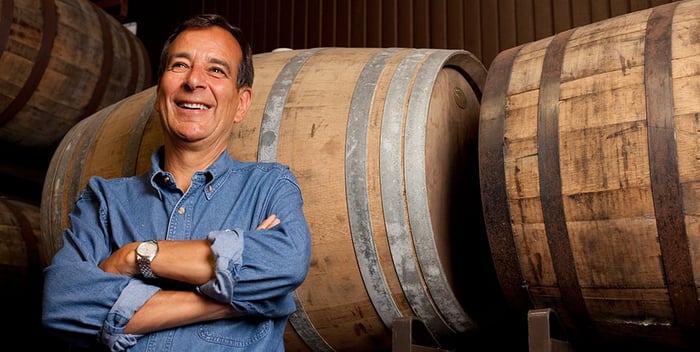 According to the Goldman Sachs report, the decline we're witnessing can be laid at the feet of millennials who aren't drinking alcohol as much as previous generations, and when they do they prefer wine and spirits over beer. That led the investment banker to downgrade Boston Beer to a sell rating and Constellation Brands (NYSE:STZ), which owns the Corona family of beer, to neutral.

Yet there's a disconnect somewhere along the way because the beer industry, well, the craft beer industry anyway, has never been healthier.

Although the Brewers Association listed those somewhat dour sounding numbers about craft brewers, they also note there have never been more breweries in operation at any time in the history of the country as there are today. And 99% of them are craft breweries! 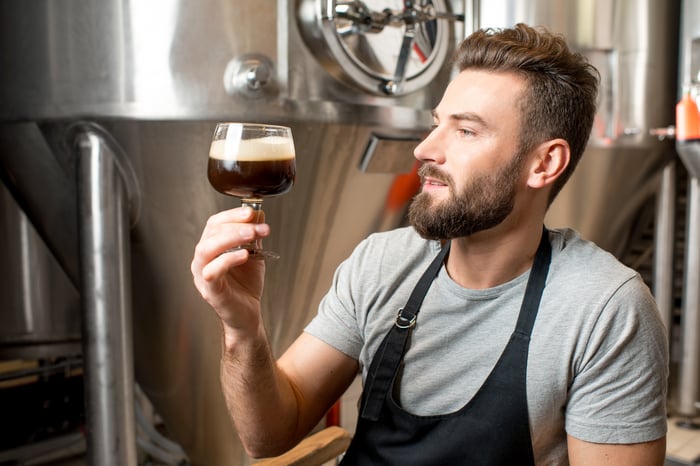 In 1987 there were 150 breweries operating, but by the end of last year, there were over 5,300 pumping out suds. In the last decade alone they've grown by three and half times, and they've doubled in number in just the last five. And microbreweries are enjoying the fastest growth of all, opening 20% more facilities last year than they did the year before.

Yet even the Goldman statistics don't really find millennials as the cause of whatever decline is being experienced. The Weekly Standard found millennial beer consumption is actually rather static; it's the 35-44-year-old cohort that's really seen the sharpest drop, and even then that's only been over the past few quarters.

So it's not an ageism thing causing beer's supposed waning popularity, but rather a clash between true craft beer and mass craft. As Anheuser-Busch InBev (NYSE:BUD) scoops up craft brewers by the handful and Constellation Brands enters the fray by buying Ballast Point Brewing and Funky Buddha Brewing, the volumes of craft beer removed from the Brewers Association's growth calculations grows. And despite the elimination of the production of these breweries that no longer qualify as being "craft beer," the industry is still producing enough to make up the difference and then some. 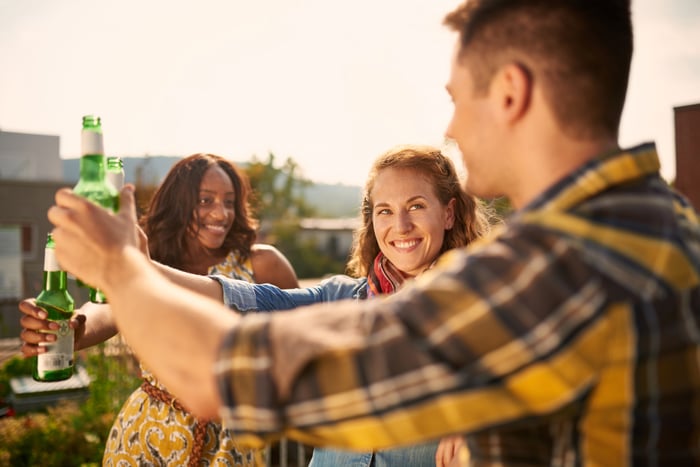 Depends on what you mean by "craft"

Although Boston Beer still qualifies as being a craft beer despite its size, the brewer is really an industry giant. It's producing over 4 million barrels a year; the fast-growing microbrewery segment produces less than 15,000 barrels annually.

Beer drinkers are turning away from mass-produced beers and are looking for unique styles and flavors brewed closer to home. It doesn't matter if the beers are from mega brewers like Anheuser-Busch or big craft brewers, beer drinkers are searching out local labels providing real innovation in taste.

That could mean Anheuser-Busch's game plan of trying to remain relevant by buying out the best craft brewers could backfire on it as it takes its craft brands national. There's already something of a backlash brewing against the former craft beers who sold out to A-B, and Constellation brands may soon feel the heat too if it continues further down this path.

In short, the death of the beer industry has been greatly exaggerated and the role of millennials in the crime has been overstated.