Lower customer traffic continues to weigh on its sales and profits, prompting the Mediterranean-inspired restaurant chain to announce that it would be slowing the pace of its new store openings in 2018. 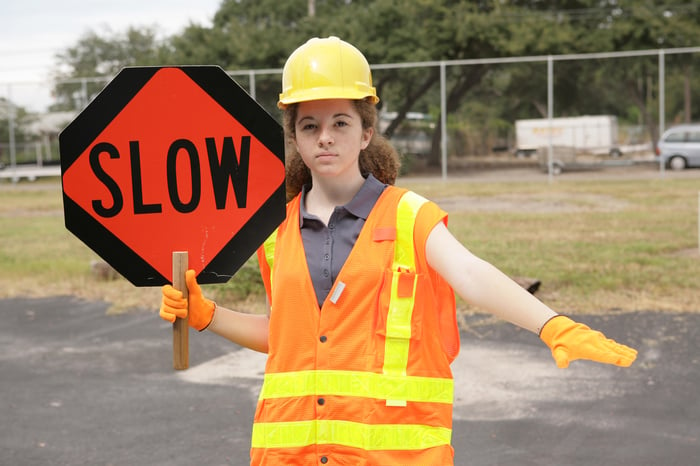 Total revenue grew 12.1% year over year to $74.3 million, driven by new restaurant openings. Comparable-restaurant sales, however, continued their downward trend, falling 3.8%. Zoe's suffered a 5% drop in transactions that was only partially offset by a 1.2% increase in price.

Despite these lackluster results, CEO Kevin Miles painted a more optimistic picture for the second half of the year during Zoe's earnings call, saying:

While the full quarter results were challenged, we are pleased that our top line results improved at the end of June, following the introduction of our new menu items. While still early in Q3, our quarter-to-date comps had been slightly positive. We believe the positive guest response to our menu innovation is an example of the tangible progress we're making on our strategic initiatives as we navigate the current environment.

These positive comp trends led Zoe's to reiterate its fiscal 2017 full-year outlook, including:

Zoe's also said it remains on track to open 38 to 40 new company-owned restaurants this year. However, the company now plans to "moderate" its store count expansion to 25-30 restaurants in 2018.

"While new units continue to open at or above expectations, we want to focus on building brand awareness and sales in our current markets," Miles said in a press release. "Our differentiated brand has proven to resonate with guests, and we are confident with our long runway for growth."