Shares of Fossil (NASDAQ:FOSL) tumbled about 70% this year due to ongoing concerns about the company's plunging revenues and widening losses. The maker of watches, leather goods, and jewelry hasn't posted a quarter of positive annual sales growth in three years, and that decline won't end anytime soon -- analysts see its revenue falling 9% this year and another 1% next year.

Fossil's stock plunged 25% on Aug. 9 after it reported a top-line miss and a wider-than-expected loss for its second quarter. Sales dropped 13% annually to $596.8 million, missing estimates by $21.1 million and marking its steepest decline in seven quarters. It reported an adjusted loss of $0.61 per share, which was $0.15 below expectations. CFO Dennis Secor also abruptly quit for personal reasons. 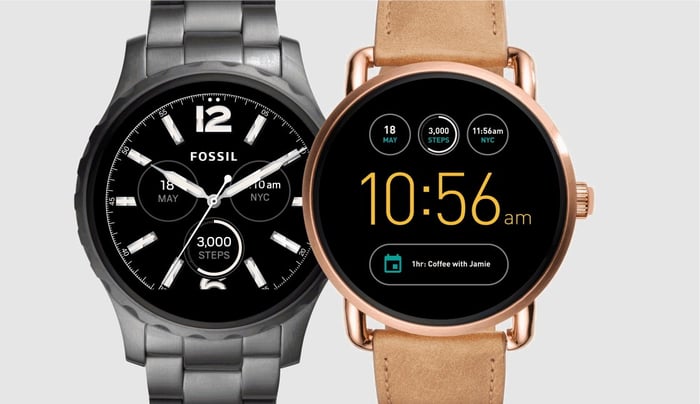 All those dismal numbers made Fossil an easy target for the bears, even as the stock hovers near a 16-year low. Of its total float, 33% was being shorted as of Aug. 9, and insiders sold 2.2 million shares over the past three months -- compared to about 127,000 shares purchased. Let's take a look at Fossil's biggest problems, and why they indicate that the bears could be right about this beaten-down stock.

Watch sales generated 79% of Fossil's revenue last quarter. In addition to its namesake mid-range watches, Fossil sells licensed watches for a wide range of other brands like Michael Kors, Kate Spade, and Armani. Here's the problem: the market is saturated with mid-range watches, but people are buying fewer watches than ever.

According to Piper Jaffray analyst Erinn Murphy, annual sales of watches worldwide fell from 750 million to 440 million between 1991 and 2014. A major reason was that younger shoppers simply replaced watches with phones. That's why Fossil's watch revenues fell 9% annually last quarter.

The commoditization of the wearables market

Fossil is trying to revive its watch business with its "Q" lineup of fitness trackers and smartwatches. Unfortunately, the fitness tracker market is already saturated by low-cost competitors like Xiaomi, and the smartwatch market remains dominated by Apple (NASDAQ:AAPL). 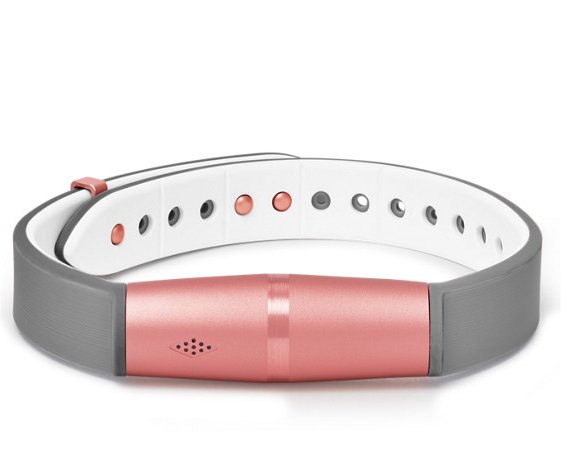 Other companies which were caught in the crossfire -- like Fitbit (NYSE:FIT) and Garmin (NASDAQ:GRMN) -- have found it tough to keep growing. Fitbit's revenue plunged 40% annually last quarter due to peaking demand for its fitness trackers.

Garmin's Fitness device revenues fell 15% annually last quarter as similar headwinds throttled demand for its Vivo fitness trackers. If even market leaders like Fitbit and Garmin are struggling, it's doubtful that Fossil's fitness trackers can fare much better.

As for smartwatches, Fossil faces tough competition from the Apple Watch and other Android Wear devices. Fossil has two advantages -- it's an established brand in the wrist-wear market, and it's selling branded smartwatches from Kors, Diesel, and Emporio Armani.

Fossil claims that its smartwatch sales are offsetting some of its declines in traditional watches, but Strategy Analytics estimates that the overall market remains comparatively small with just 21 million devices shipped worldwide in 2016. Apple controlled 55% of the market during the year.

Tougher competition in leather and jewelry

Fossil's leather and jewelry revenues respectively fell 25% and 22% annually last quarter. Those ongoing declines can likely be attributed to increased competition from bigger brands in both categories, like Coach (NYSE:TPR) and Tiffany (NYSE:TIF).

Coach sells plenty of leather goods at comparable prices, and Tiffany has been selling more low-end jewelry to win back customers. Wall Street expects Coach's revenue to surge 31% (thanks to its acquisition of Kate Spade) this year, and for Tiffany's revenue to rise 2%. Those numbers look much healthier than Fossil's seemingly endless streak of top line declines.

Fossil is cheap, but it isn't a value play

Fossil trades at just 0.1 times sales, indicating that the stock is deeply undervalued relative to its revenue growth. But that valuation is meaningless if Fossil's revenue continues sliding and its losses keep widening. Therefore, investors should stay away from this beaten-down stock until those numbers start moving in the right direction.