It's back-to-school season, so it's only natural to go shopping for stocks, too. The bricks-and-mortar retail space has grown out of favor with investors, as thinning mall traffic stings activity at the cash register for many outfits. There are also some online retailers that are starting to come undone, as competition from hungry e-tailers and even hungrier traditional chains vying for online sales intensifies.

Retail stocks trading under $10 used to be obscure chains, but that's no longer the case. You have plenty of household names waffling about in the single digits. Let's dive into the offline and online retail universe to drum up a few stocks trading below $10 that may be the ultimate back-to-school bargains. 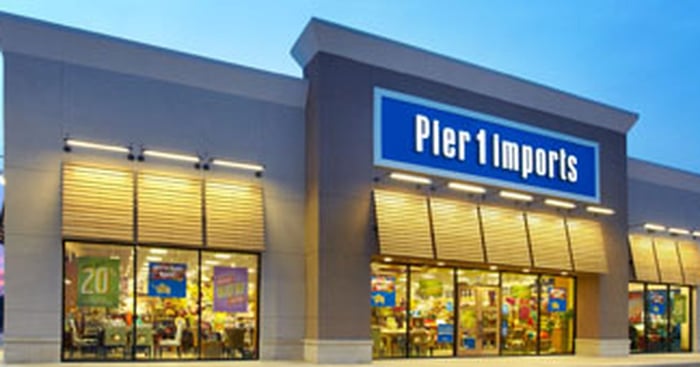 Rite Aid seemed to have it all a couple of years ago. It was profitable. Comps were positive. Its prospects were bright. Rite Aid accepted a buyout bid in late 2015, and that's when the nightmares began. The deal was held up by antitrust regulators, and as a "lame duck" retailer its fundamentals began to suffer. The buyout would eventually be scaled back to a partial asset sale, and with even that on shaky ground the drugstore operator has become a shell of what it used to be.

Calling bottom on the stock had been disheartening. Rite Aid is now posting quarterly losses, and analysts see the deficits continuing into next year. The stock is now trading for a little more than a third of where it was before the buyout was proposed, so there's clearly value in the investment if it's able to turn things around. Rite Aid is one of the riskiest stocks in retail, but the drugstore chain may also be one of the most rewarding if things pan out.

Home furnishings may seem like a rough place to be these days with online retailers feasting away at bricks-and-mortar chains and the threat of higher mortgage rates potentially derailing the housing boom. However, Pier 1 isn't doing as badly as its stock chart -- one that has seen the shares shaved by more than half in 2017 -- would seem to suggest.

Pier 1 has been closing underperforming stores, but it still sees comps clocking in slightly higher for all of this fiscal year. The retailer's stock isn't the only thing in the single digits. Pier 1 is fetching just nine times this year's expected earnings and just eight times next year's target.

Pier 1 stock has been all over the map over the past decade. It traded as low as $0.10 in early 2009, only to top $25 just four years later. Pier 1 shares are never boring, and if it's able to sustain its profitable ways and hold existing stores steady it should beat the market from here.

Let's turn our attention to online retail, and let's go all the way to China to find a stock that was trading in the double digits for years until a disappointing quarterly report sent it into our single-digit playground late last week. Vipshop is a leading provider of deeply discounted brand-name apparel and accessories. It's not a name you will recognize, but it's huge in China where it's expected to top $10 billion in sales this year.

Vipshop was a market darling a few years ago, more than doubling every year between 2012 and 2014. It's now trading lower for the third year in a row. Vipshop is still growing. Revenue rose 30% in its latest quarter, and it's eyeing 24% to 28% top-line growth for the current quarter. Investors have soured as Vipshop has turned promotional in a cutthroat market, roughing up margins to the point where adjusted earnings climbed just 8% in its latest quarter.

Vipshop is reasonably priced at 12 times this year's projected earnings. The real test now is if it can continue to grow its massive base of buyers while still increasing its profitability.