Shares of Macy's (NYSE:M) rose 4.6% on Tuesday after the department store retailer unveiled an ambitious restructuring plan and hired eBay execuctive Hal Lawton as president of the company. 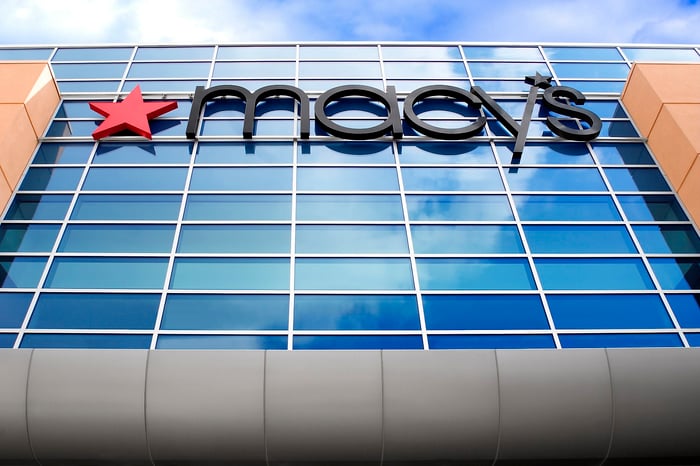 Regarding the restructuring, Macy's will consolidate its merchandising, planning, and private brands functions into a single merchandising function led by Jeff Kantor, who is Macy's current chief stores and human resources officer. Kantor will report directly to Lawton in his new role.

Within the new merchandising function will be five separate "families of business," namely ready-to-wear, center core, beauty, men's and kid's, and home. And this structure will be supported by new customer insight and analytics technology, which Macy's has expanded with new inventory replenishment and pricing capabilities. Kantor will also aid in the integration of new digital capabilities both online and in store.

Macy's best merchants will be in the right structure to operate at the speed of our customer and will be fueled by the power of data. Macy's has long been known for innovation and excellence in merchandising. The changes we are making today maintain our core merchandising skills while massively simplifying our structure and processes for greater speed and flexibility. We are also further strengthening our consumer insights and data analytics capabilities so we can make better decisions faster, balancing the art and science of retail.

Macy's expects the restructuring to result in a headcount reduction of approximately 100 positions, and will incur one-time charges of roughly $20 million to $25 million primarily recognized in the third quarter. But over the long term, the move should result in annualized cost savings of $30 million.

Macy's also noted that it expects to realize approximately $5 million in savings by the fourth quarter of 2017, representing around a penny per share in incremental earnings to its most recent financial guidance.

All things considered -- and the unfortunate reduction in force notwithstanding -- there was little not to like about these moves from an investor's standpoint as Macy's works to navigate today's changing retail landscape. With shares trading near their 52-week low as of Monday's close, it was no surprise to see Macy's stock climbing higher today.