With the price of bitcoin, the first and most prominent cryptocurrency, soaring this year, the underlying blockchain technology has gotten a lot of attention. A blockchain is a digital ledger of transactions, secured using cryptography and distributed across a network. All bitcoin transactions are stored on a blockchain, but the technology could have much broader applications.

International Business Machines (NYSE:IBM) is one company moving fast to explore the possibilities presented by blockchain. Earlier this year, the company announced a deal with a consortium of seven European banks to build a blockchain-based platform for trade finance. The platform aims to simplify trade financing processes and expand access to credit by lowering costs.

Finance isn't the only area where blockchain is useful. Any situation where multiple parties must maintain records and verify those records against those of the other parties could be well suited for blockchain. Food safety is a good example. According to IBM, tracking the source of contamination in a food supply chain typically takes weeks, or even months in some cases. That lag can lead to more illness for consumers and higher costs for producers. 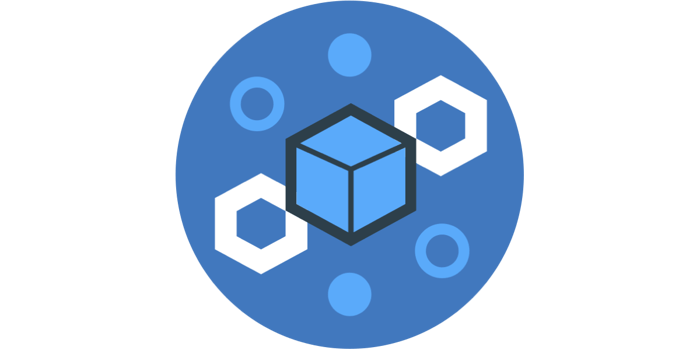 IBM has been working with megaretailer Wal-Mart since last year in a pilot program to use blockchain technology to improve the transparency and efficiency of food supply chain record keeping in China. Yesterday, the company announced the next step: a partnership with a consortium of major food companies aimed at using blockchain in the food industry.

The consortium includes Dole, Driscoll's, Golden State Foods, Kroger, McCormick, McLane Company, Nestle, Tyson Foods, Unilever, and Wal-Mart. The plan is for these companies to work with IBM to identify new areas where blockchain can benefit the food industry and for this effort to aid in IBM's development of new solutions.

About 400,000 die each year, and one in 10 people get sick from contaminated food. In IBM and Wal-Mart's pilot blockchain program, the two companies were able to bring the time it takes to track a product through the food supply chain down to seconds, instead of weeks. A quick response time is the key to cutting down the number of consumers affected by contaminated food.

Along with this deal, IBM announced a new blockchain platform, powered by the IBM Cloud, that allows developers to build blockchain networks. The company is also offering blockchain services through its global business services division, with 1,600 blockchain consultants who have worked on previous blockchain projects ready to help organizations adopt the technology.

What it means for IBM

Blockchain is still a young technology, and this partnership may or may not bear fruit for IBM. But one advantage IBM has is its vast base of existing longtime customers. As an increasing number of organizations turn to blockchain, IBM can leverage its long-standing relationships to win deals like this one and the previously mentioned trade finance platform deal. A recent $1.7 billion cloud services deal with a longtime customer is another example.

A quote from Golden State Foods CTO Guilda Javaheri in IBM's press release announcing this deal sums up IBM's advantage: "IBM has deep experience and a commitment to business processing and security needs, which are exactly the skill sets needed to bring blockchain to full maturity for food safety and all associated transactions. As a customer and partner with IBM for more than forty years, Golden State Foods is pleased to collaborate with IBM and this group of trusted food companies."

Blockchain technology has the potential to cut costs and make processes more efficient in a wide variety of industries. Blockchain likely isn't producing much revenue for IBM at the moment, but the company is positioning itself to be a leader if the technology fulfills its promise.