For all the talk of the market trading at a high valuation, there are still quite a few stocks you can find selling for a rather cheap price. Some of the best stocks to look at right now that have attractive valuations are dividend-paying stocks. If you dig deep enough, you can find some real income-generating gems.

Three dividend-paying stocks that are selling for curiously low valuations today are natural gas compression specialist Archrock (NYSE:AROC), Delta Air Lines (NYSE:DAL), and Verizon Communications (NYSE:VZ). Let's take a look at the situation on the ground to see if these stocks are on sale for a reason or if investors may want to put them on their radar. 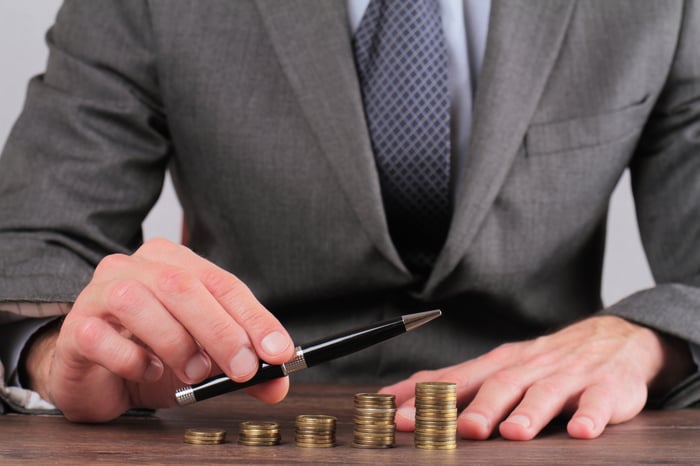 A major catalyst on the horizon

Every company in the oil and gas industry doesn't move in concert with each other. While some companies will see immediate benefits from rising prices, some may not feel the effects for several months. Archrock is one of those businesses that see a lag to the overall market. It and its subsidiary partnership, Archrock Partners (NASDAQ: APLP), own a fleet of natural gas compression equipment, which isn't needed until wells are producing and tied to infrastructure. The largest driver for the company is overall gas production, which has the potential to skyrocket in the coming years.

One thing investors may be overlooking is how much additional natural gas the U.S. will use in the coming years for petrochemical manufacturing, LNG, and pipeline exports to Mexico. Over the next seven years, natural gas exports should increase overall gas demand by 15 billion cubic feet per day, or 20% of current consumption. To move all that gas through our pipeline network, we need a lot more gas compression horsepower.

This puts Archrock in a great position to benefit in the coming years, but Wall Street seems fixated with its most recent income statements. The company can eke out modest profits, but its balance sheet is keeping it from growing its fleet very quickly. As a result, Archrock's price to tangible book value is rather low (1.01) and has a dividend yield of 5.1%. The market is going to give Archrock a massive tailwind in the coming years, and this stock could be very attractive if it can use those tailwinds to improve its balance sheet and grow its fleet.

Any time airlines put together a couple of quarters of decent performances, investors are likely to think this is the top of a market cycle and we're headed for a downturn. It would appear that shares of Delta Air Lines are priced for a decline as shares currently trade at an enterprise value-to-EBITDA ratio of 5.0 times. It isn't the lowest valuation we have seen for this stock in recent years, but it is still well below the airlines' 10-year average valuation.

Even though the company has posted a modest decline in earnings over the past year, there are signs in its earnings reports that Delta is still doing rather well. Its passenger revenue per available seat mile (PRASM) was up 2.5% in the most recent quarter, and operating margins are still in a healthy range of 18%-20%. It also helps that unlike other times in the airline industry where increasing PRASM led to immediate capacity increases, Delta and its peers have remained much more disciplined when expanding capacity to maintain unit profitability.

It's possible that airlines are hitting the top of a cycle and that pricing competition and expanded customers will start to eat into profits, but it looks like Delta should be able to squeeze out some strong results for at least a while longer. With Delta's shares trading at their current price and the stock offering a respectable 2.6%, this stock is worth a look at a minimum.

When it flexes its muscles, it's still the best

You could argue that Verizon's competition cajoled it into offering its most recent unlimited data plan after losing subscribers for several quarters in a row. What you can't argue, though, is the success the company has had since it offered that unlimited plan. This past quarter, Verizon quickly reversed that slipping subscriber base trend by adding 590,000 net new subscribers and posted its lowest churn rate (0.7%) in a long time.

This fierce fight for subscribers with unlimited plans and competitive pricing can be expected these days. Those smaller competitors have had plenty of time to build out their own 4G networks and can tout network coverage and performance in certain markets that are at least comparable to Verizon's. However, as this most recent quarter showed, customers will still flock to Verizon's network.

With shares still trading at a very reasonable enterprise value-to-EBITDA ratio of 6.8 times and a dividend yield of 4.8%, Verizon's stock looks relatively cheap for a company showing it is still a force to be reckoned with in the wireless communication world.