iRobot (NASDAQ:IRBT) has been firing on all cylinders as of late. Not only has iRobot grown revenue at an impressive 19% clip over the past five years, but the company has also increased margins while doing so. That is a killer combo, and shareholders have been handsomely rewarded to the tune of a 151% uptick in the stock price.

Management firmly believes that iRobot has a long runway for growth ahead. One big reason for that belief is the fact that the robotic vacuum market has been growing like gangbusters. At a recent investor's conference, management stated that the immediately addressable market for robotic vacuums in the United States is 2-3 times the currently installed base.  Over the long-term, management expects the market to grow by 700%. So let's explore what could be iRobot's three biggest opportunities to profit from this growing market in the years ahead. 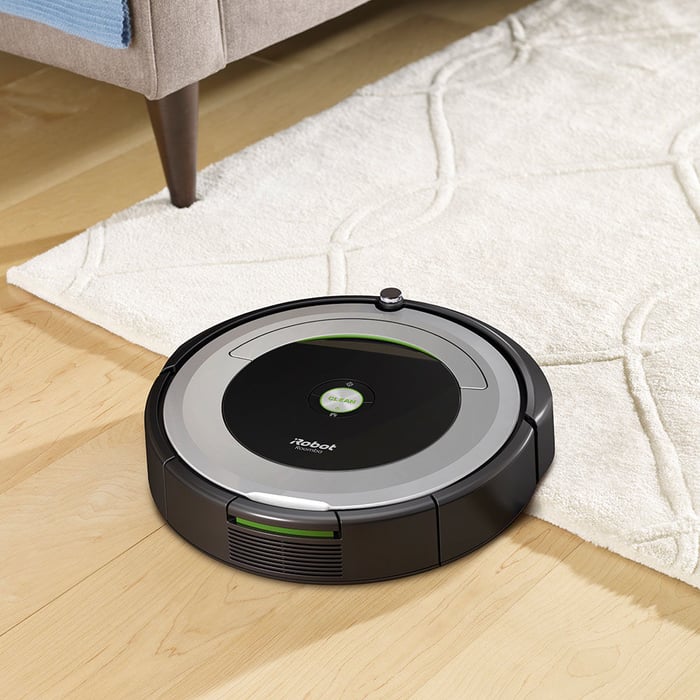 The most impressive growth for iRobot in the past year has come right here at home, where revenue has increased by 46%. Management highlighted its current momentum with U.S consumers by noting that the company sold more than twice the volume on Amazon Prime Day as it did in 2016 and four times the amount that was sold in 2015.

Moreover, the U.S. market appears to have plenty of room for future growth. According to an iRobot internal demand survey, there are currently 11 million households in the United States with at least one robotic vacuum cleaner. Considering there are 125 million total households in the United States, the opportunity for growth is enormous. With the popular Roomba 650 selling for a reasonable price tag of $285, there are plenty of reasons to believe robotic vacuum cleaners will only become more popular in the coming years. Europe, the Middle East, and Africa

Europe, the Middle East, and Africa, commonly referred to as the EMEA region, represents a compelling growth opportunity. Not only does the EMEA currently account for 25% of all of iRobot's consumer revenue, growth rates have been accelerating. Management is now calling for 2017 EMEA revenue growth in the high teens as compared to mid-teens growth in 2016.

Management has made it clear that the EMEA is important to its overall strategy by making considerable investments in the region. Management recently announced it has agreed to acquire its largest European distributor, Robopolis, for $141 million in cash. The hope is this move will help streamline operations, shield or improve margins while also providing a consistent brand message across Western Europe. The fact that Robopolis represented roughly half of iRobot's EMEA revenues last year highlights the significance of this move. Colin Angle also emphasized the importance of its EMEA business in the Q2 conference call by saying: "We plan to reinvest some of the incremental profitability to ensure our continued product leadership in a rapidly growing, competitive marketplace and capitalize on the strong U.S. and EMEA momentum."

iRobot is an emerging player in the "Internet of Things" smart home market. Possibilities include robotic lawn mowers, home monitoring robots, and smart thermostats, to name a few. While new product categories are usually feast or famine, if things go right, they represent enormous potential.  In fact, new product sales went from nonexistent in 2013 to a projected $2.1 million for full-year 2017. As technology gets better and price points remain as reasonable as robotic vacuums, then I see no reason why robotic lawn mowers and other devices won't catch on.

Management refers to investments in new products in the smart home market as "higher risk". It seems to me, however, that the risk is relatively low considering the possible rewards. Sure, it is possible that none of these endeavors will contribute significantly to iRobot's bottom line, but if even one of these new products catches fire, the rewards could be great. Really, who wouldn't like to have a robot cut their lawn instead of doing it themselves? As technology improves and price points come down, it is possible robotic lawn mowers or even some other new robotic product will become as popular as the Roomba. Only time will tell on that.

It seems to be almost a given that iRobot will experience revenue growth in the next couple of years and the three opportunities above are the most likely catalysts. The question investors have to ask is if that future growth will be impressive enough to justify the current valuation. If iRobot can maintain its dominant market share or if anyone of the new products catches fire, good times are ahead for investors. If not, the road could be a little bumpier.