When it comes to stocks, I have a simple rule: Earnings are best when they look most like cash.

PennantPark Investment Corp.'s (NASDAQ:PNNT) shareholders should spend some time thinking about the quality of the earnings of this business development company (BDC). While the company is generally earning more than its dividend after excluding some one-time items, approximately 39% of its earnings are coming from just one non-cash source.

By law, BDCs that operate as regulated investment companies -- which includes basically all of the high-yield BDCs -- are required to distribute all of their earnings to shareholders each year in dividends. That's why BDCs can yield 10% or more -- virtually all of their income is going out the door when dividends are paid.

But the law doesn't distinguish between cash and non-cash income. Thus, BDCs can be left paying cash dividends to investors based on accruals that never turn into cold, hard cash. 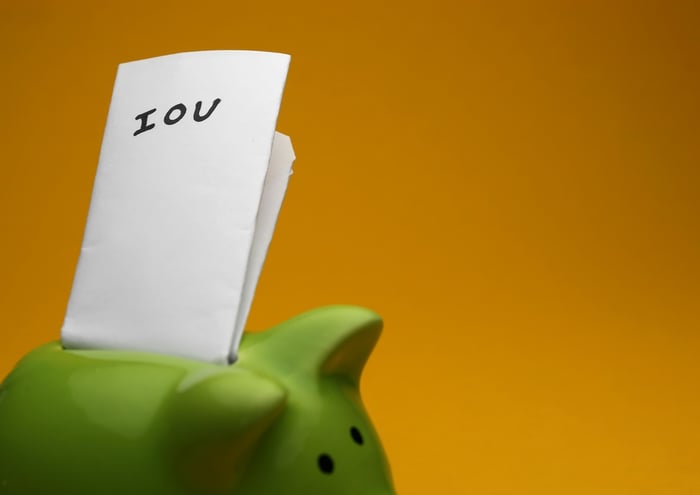 Payment-in-kind (PIK) income is PennantPark's largest source of non-cash income. Borrowers "pay" PIK interest by rolling the amounts due into their balance. Thus, a $10 million loan at 10% simple interest would grow to $11 million a year later, and the BDC would record the $1 million increase in the principal balance as income that year.

Note that no cash changes here. The BDC simply gets the benefit of being owed more money by the borrower. As anyone will tell you, having $1 million is not the same thing as being owed $1 million.

In theory, the only problem with PIK income is managing the small timing issue between when income is recorded and when it's collected. A BDC will record PIK income from an investment (usually, PIK interest from a debt investment) and then collect it in cash all at one time a few years later, when the investment is sold or repaid.

Theory is very different from reality, though. Promises aren't the equivalent of payments, and borrowers who elect to pay PIK interest tend to be more speculative, for an obvious reason: Anyone who wants to pay in IOUs probably doesn't have the capacity to pay in cash. Compounding this problem is that PIK-paying investments become a larger and larger piece of a BDC's net asset value (book value) as PIK income is accrued.

It's notable that PennantPark's largest PIK securities are in the energy industry, which is inherently cyclical. Exit at the top of the cycle and you'll collect in full, but if the bill comes due at the bottom of the cycle, collecting all the accrued PIK income may be difficult, if not impossible.

How to think about PIK

Cynical by nature, I like to think of it like this: Getting paid in PIK is getting paid in promises by a borrower who couldn't afford to pay in cash. When described in this way, you can quickly see why PIK isn't just another three-letter acronym in an industry that already has too many of them. It can become a serious problem.

There mere existence of PIK income is forgivable, if not entirely expected. But with PIK at 39% of the BDC's net investment income for the first nine months of this year, investors can only hope the checks don't bounce when PennantPark tells its portfolio companies to show them the money.