How high can they go? 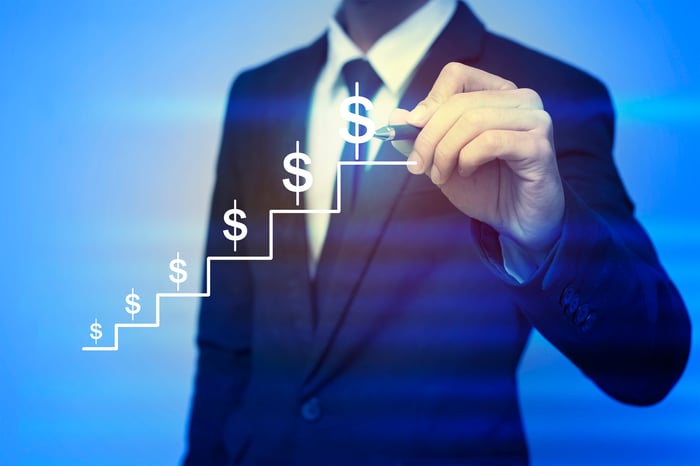 Autohome is the leading internet car-buying website in China. The company has been growing earnings at a dizzying pace, with year-over-year earnings growth of nearly 50% in the second quarter. Autohome also beat expectations in the quarter, with revenue growth of more than 13%.

The company's continued innovation should allow Autohome to cement its position in the Chinese auto market. Autohome has increased its mobile presence significantly and used augmented reality in its online auto shows to attract more users.

I suspect, though, that Autohome's momentum could taper off. The company anticipates lower sales growth for the third quarter. With the stock trading at nearly 24 times expected earnings, any bump in the road could hurt the stock's performance.

Brookfield Infrastructure Partners operates utilities, transport, energy and communications infrastructure businesses in North America, South America, Europe, and Asia-Pacific. Brookfield stock increased 35% in 2016, and it's on track to turn in an even better performance this year.

There are quite a few reasons to like Brookfield, including its solid dividend yield of 3.9%. That dividend seems pretty safe, considering the company's relatively low-risk business model resulting in large part from its diversification across multiple types of businesses. Brookfield also has a strong balance sheet that should enable it to make further acquisitions to drive growth.

While the stock trades at a fairly high level of 22 times expected earnings, that doesn't concern me very much. The company's solid growth prospects make Brookfield's valuation attractive, especially in light of its high dividend yield.

Unlike Brookfield, Myriad Genetics experienced a miserably 2016, with shares plunging more than 60%. This year is turning out much better for the molecular-diagnostics company, though. So far in 2017, Myriad Genetics stock has soared 75%.

There has been plenty of good news for Myriad Genetics lately that have driven the stock higher. The company announced results from a study that point to advantages for using its myRisk Hereditary cancer test. More insurers are covering Myriad's EndoPredict breast cancer test. And Myriad had positive results from a late-stage study of its BRACAnalysis CDx companion test that helps identify patients with BRCA-mutated HER2-metastatic breast cancer.

I'm concerned, though, that what goes up can come down. It's been nothing but blue skies for Myriad Genetics in recent months. But with a market cap now at $2 billion and profitability nowhere in sight, any clouds on the horizon could send the stock lower.

Procter & Gamble has been selling consumer products since 1837. The stock has been a perennial favorite among income-seeking investors, who like P&G's solid dividend and stability even during market downturns.

Although Procter & Gamble has experienced market-share losses in recent years, the company continues to improve profit margin and grow organic sales. In addition, the efforts by activist investor Trian Fund Management to gain a seat on P&G's board could lead to positive changes that reward shareholders.

Even if P&G gives up some of its gains, I think the stock is a good long-term pick. Its dividend remains very attractive and its growth prospects over the next few years should be even better than in recent history.

I saved the biggest winner of the group -- at least for 2017 -- for last. Weibo stock has soared 140% year to date. That's after the Chinese social media company's shares more than doubled last year.

How has Weibo been able to perform so well? Tripling its earnings in the second quarter certainly helped. Weibo's initiatives to partner with smartphone makers and video content producers in China are paying off -- big. The deals the company has made should drive user numbers and financial metrics even higher down the road.

You might think Weibo's valuation is scary, with shares trading at nearly 39 times expected earnings. However, considering the company could grow those earnings by an average annual rate of close to 50% over the next five years, that valuation isn't scary at all. I think Weibo's record highs set recently won't remain the all-time highs for long.