Please ensure Javascript is enabled for purposes of website accessibility
Log In Help Join The Motley Fool
Free Article Join Over 1 Million Premium Members And Get More In-Depth Stock Guidance and Research
By Jeremy Bowman, Sean Williams, and Todd Campbell – May 1, 2019 at 5:00PM

If you're looking for high-growth opportunities, China has plenty.

2018 was a rough year for Chinese stocks as the Shanghai Composite gave up 25% last year amid concerns about a slowing Chinese economy and trade tensions with the U.S.

However, this year has been a different story. The key Chinese index is up 24% so far in 2019. Investors seem to have spotted a buying opportunity, and the U.S. and China appear to be taking steps toward a trade agreement. With earnings season heating up, a number of Chinese stocks are set to report this month, and the sector could move on a trade agreement announcement since Treasury Secretary Steven Mnuchin recently said that talks were in the "final laps." 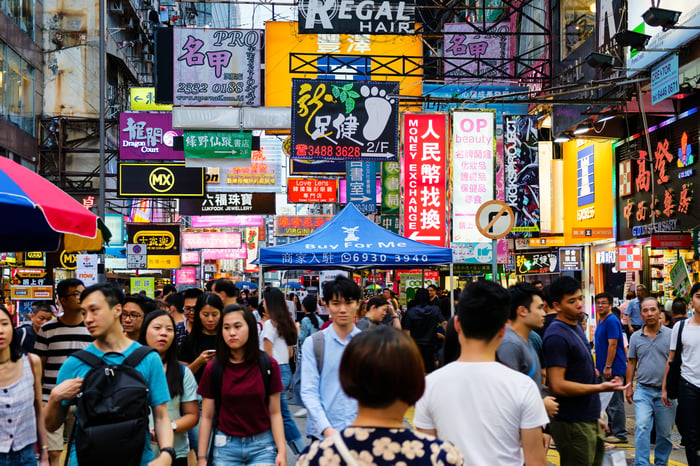 Todd Campbell (Zai Lab): This Shanghai-based biopharma company is establishing itself as a gateway for biotech companies eager to tap into demand associated with treating China's massive 1.4 billion population.

Zai Lab hasn't won China approval for any of these assets yet, but that could change soon. It's already secured a Hong Kong OK for Zejula, and it expects a Zejula decision by mainland China regulators as soon as this year. It also plans to discuss MacroGenics' (MGNX -7.01%) margetuximab with Chinese regulators this year following positive phase 3 results that compared it to the multibillion-dollar-per-year breast cancer drug Herceptin.

If approvals are forthcoming, these drugs represent a significant commercial opportunity that could finance Zai Lab's plans to conduct its own R&D. Undeniably, a lack of revenue means there's a lot of risk associated with this company, but Zai Lab could be on the cusp of capitalizing on a massive opportunity, and that could make owning its shares worth the risk.

Sean Williams (Weibo): With the understanding that Chinese stocks come with added risks, my eyes are on social media platform Weibo, which has lost about half of its value since peaking in the first quarter of 2018.

Often described as the Twitter (TWTR -1.35%) of China, Weibo separates itself from its comparator by actually delivering on strong growth projections. In March, Weibo put the finishing touches on a stellar 2018, which saw revenue climb 49% to $1.72 billion, with a 50% increase in advertising revenue and a 43% boost from value-added services. As is often the case with social media sites, advertising made up the bulk of net revenue (87%) for Weibo.

Another factor to consider is that SINA (SINA) spun Weibo off in 2014, but it still holds close to half of all outstanding shares and well over half of the company's voting power. Although SINA has decreased its stake once before, there's some relative safety in knowing that Weibo is SINA's white knight right now. Given that SINA's legacy assets are mostly a financial drag, it's highly unlikely that it intends to reduce its stake any further.

Lastly, we're talking about a company that's financially improved every year it's been public. Average compound annual revenue growth has been 51% since 2014, with the company reversing a $65.3 million net loss in 2014 into a $571.8 million profit in 2018. Sure, its forward P/E of 18 doesn't scream value on the surface, but its PEG ratio of 0.9 certainly does.

Weibo looks to be a good candidate to rebound from the 2018 Chinese stock meltdown.

Jeremy Bowman (Uxin): Uxin's shares have traveled a rocky road since the company's IPO last June. China's biggest online used-car dealer debuted at $9 a share, but the stock dove last year alongside worries about the greater China economy and wide losses. In April, it got momentarily hammered on a short-seller report, which Uxin called baseless.

With the stock now trading under $3, Uxin is starting to look like a bargain. The company is not yet profitable, but it saw revenue jump 70% to $483 million, giving it a price-to-sales ratio of less than 2, cheap for an e-commerce marketplace with developing competitive advantages and Uxin's growth rate.

Though its revenue growth is expected to slow this year as the company shifts away from its dealer-focused 2B business, the bottom line is improving as Uxin scales back on aggressive sales and marketing expenses. In the fourth quarter, the company slashed its net loss by nearly two-thirds to $45.8 million, and that trend should continue this year as it spends less on sales and marketing as a percentage of revenue. A partnership with Alibaba's (BABA 0.33%) Taobao marketplace should also help drive improving financials.

Uxin shares, which have been highly volatile since their IPO, should move sharply again when its first-quarter earnings report comes out later this month. Uxin has not yet announced an earnings date, but it sees revenue of $133 million to $141 million for the quarter, up 39% to 46% from the year before. Management said that a shift in the Chinese New Year holiday would pressure growth in the first quarter, but it expected it to accelerate later in the year.

With the stock trading for just pocket change today, a better-than-expected report could send shares surging.