Shares of the Chinese used-car dealer whipsawed after a short-seller attack. Here are the key details.

Uxin (UXIN -0.76%) shares plunged Tuesday after J Capital Research, a short-seller of Chinese stocks, issued a broadside against the Chinese online used-car dealer, essentially accusing the company of fraud in a variety of ways.

Uxin shares, which were already trading around all-time lows coming into the day, fell as much as 54% on the report and closed down 36% after a modest recovery. The stock has since recovered those losses as management bluntly rejected the report, but investors shouldn't totally dismiss the attack as J Capital's claims were detailed and thorough. 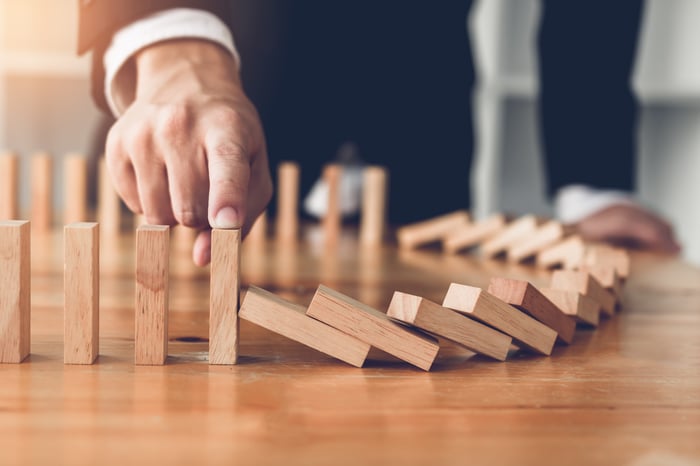 What J Capital had to say

In a 34-page report, J Capital, which has also urged investors to short stocks like Fanhua, China Customer Relations Centers, and Sorrento Therapeutics, outlined a number of issues at Uxin, and concluded by saying, "Everything about Uxin suggests a company whose chief raison d'etre is to hoodwink investors as much as possible in order for a few people in management to make a bundle of money from selling highly priced stock. There is no reason for public investors to play along."

J Capital's claims were as follows:

What's an investor to do now?

A short-seller report almost always presents a dilemma for investors. Short-sellers have their own motivations -- to make money by knocking the stock lower -- so their charges are often trumped up or even outright bogus. Therefore, investors should take J Capital's claims with a grain of salt.

Uxin responded to the allegations Tuesday night, saying the report:

Contains errors of facts, misleading speculations and malicious interpretations of events. Uxin believes that the allegations in the report are completely without merit, and strongly condemns the publishing of false and misleading information. The Company firmly denies the baseless allegations that it has falsified any sales data. Kun Dai, the Founder, Chairman and Chief Executive Officer of Uxin, also confirmed that he had never voluntarily sold any shares in Uxin as alleged in the report.

Uxin also said, "The company is carefully reviewing the report and will provide additional information on the allegations as appropriate."

For investors, it's also worth remembering that Uxin is no fly by-night company: It has backing from some of the biggest companies in China, including Baidu, in addition to its partnership with Alibaba's Taobao. Hedge funds like Tiger Global and KKR also have significant stakes in the company.

Some of J Capital's charges also seem a little dated or irrelevant at this point. For instance, Uxin is moving away from its "2B" dealer-focused business, and instead growing its "2C" business, which revolves around connecting buyers and sellers, so J Capital's allegations about dealer shenanigans may not mean much going forward, even though investors deserve the truth on the matter. If Uxin is doing things like inflating sales through the POS system, that may explain why sales and marketing expenses have been so high, and even higher than revenue in some quarters.

Though the stock has recovered from the sell-off, investors still deserve a detailed rebuttal from management. These are serious allegations and warrant a thorough response.