This week, HTC dropped the price for its high-end virtual reality (VR) headset and controllers by $200. The company's Vive VR headset now costs $599 -- still $200 more than the Rift headset from Facebook's (NASDAQ:FB) Oculus. Oculus dropped its headset price several weeks ago, and now that HTC (OTC:HTCKF) has followed in its footsteps, it's pretty clear that most consumers aren't quite ready to adopt high-end VR hardware just yet.

So what does this mean for investors betting on VR's growth? You'll be glad to know that despite these price drops, the VR market remains relatively unchanged. 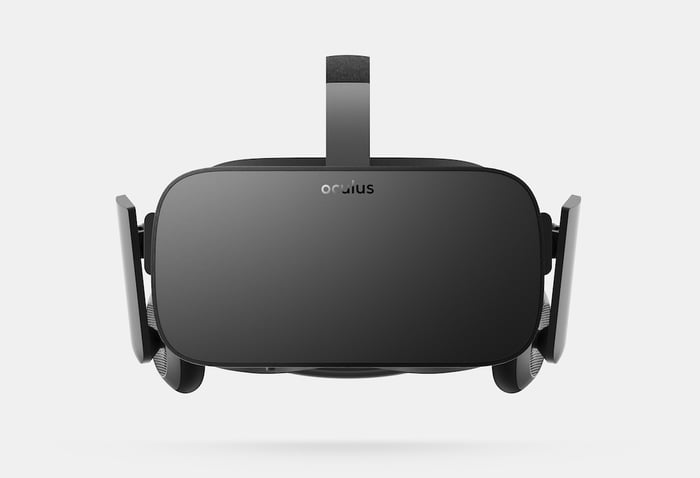 Virtual reality could be worth up to $48.5 billion by 2025, according to Grand View Research, but despite its potential, many companies have been very realistic about how long it will take for VR to take off. For example, Facebook CEO Mark Zuckerberg said earlier this year: "I don't think that good virtual reality is fully there yet. It's going to take 5 or 10 more years of development before we get to where we all want to go."

If Facebook's being patient after it purchased Oculus for $3 billion, then investors should know they'll need to be patient as this market matures as well.

In addition, graphics-processor maker NVIDIA Corporation (NASDAQ:NVDA) said last year that just 1% of PCs being sold at the time were VR-ready. The percentage has probably gone up since then, but the fact remains that the vast majority of PC users still don't have a computer with the processing power that the Vive and Rift require.

This is what VR investors should focus on

Instead of being concerned about falling hardware VR prices, investors should be more interested in the software that these companies are investing in. Great software, and not hardware, will be the key to getting VR to reach its full potential.

Facebook already knows this, and that's why the company earlier this year launched its Facebook Spaces app, which allows users to create a digital avatar of themselves to chat with friends in a VR space.

Facebook also heavily invested in its own cinematic VR division, called Oculus Story Studio, that created content for the Rift headsets. However, Facebook shuttered the studio back in May and will instead focus on investing its already-committed $250 million to bringing more content to its headsets, just not by developing it internally.  While investors shouldn't worry about this shift just yet, they certainly should be looking to see how well Facebook executes its content strategy by partnering with other content developers.

HTC and Facebook may have dropped their hardware prices in response to the success that Sony (NYSE:SNE) has had in pairing its PlayStation VR headset and controllers with games made for its PS4 console. Sony has already sold 1 million VR headsets just 10 months after it hit the shelves, and the success of its PS4 -- more than 60 million sold to date -- means Sony can likely expect more VR headset sales going forward.

Sony not only has the advantage of marketing its headset to gamers who are already interested in interactive content, but its VR headset can be had for just $350. With that price, and a growing list of PS4 games available on the company's VR headset, Sony has found its own niche in the VR space.

Neither company will suffer from price cuts

Finally, neither HTC nor Facebook makes any significant revenue from its VR hardware sales, so the price cuts (or temporary price cut, in Facebook's case) won't change a thing for either of the companies' bottom lines. Investors should focus their attention on how these companies are investing in building out more VR content.

Earlier this year, IDC research analyst Jitesh Ubrani said: "With plenty of headset options already in the market and even more coming soon, hardware isn't the issue. The bigger challenge is the slow growth in content that appeals to a mass audience, combined with the confusion associated with a lack of cross-platform support."

In short, Facebook and HTC need to get the software platforms right before we'll see significant hardware sales. There's still plenty of time to do that, but in the meantime Sony is taking its VR content advantage and running with it.