Chipotle Mexican Grill (NYSE:CMG) has spent more than a year battling back from the damage the 2015 E. coli scandal did to its brand.

Even though the company has taken strong steps to protect its customers and address its food-safety issues, even minor health concerns can send its share price tumbling. That was evident in July, when a Norovirus outbreak forced the chain to close a Virginia store. That incident, in which more than a dozen people got sick, was caused by an employee coming to work while ill, even though the company offers paid sick days.

The company acted decisively in closing the affected location for a deep cleaning, but any hint of a food-safety problem sends its shares tumbling. Chipotle stock opened at $395.25 on July 18, the day of the incident, and has fallen steadily since closing on Aug. 22 at $305.51, a 22.7% drop.

That shows how vulnerable the company remains to any hint of food safety. Eventually, these wounds will fade. And food safety will stop being the lens through which investors view the company. 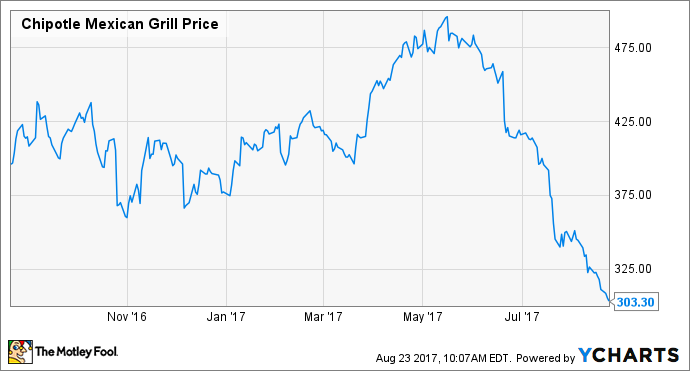 It's hard to know when the Mexican chain will put its food-safety problems fully in its rearview mirror. Eventually, though, history has shown us that Chipotle will put these issues to rest. In reality, the company has taken strong steps to keep its customers safe and suffers from a perception problem that will eventually fade.

While it still struggles with those issues, Chipotle has also been moving forward. The company has invested in improving its app, offering mobile order and pay, and adding a second production line to serve its increasing digital order base. CEO Steve Ells addressed the ongoing food-safety issues, albeit not directly, and the chain's path forward in its Q2 earnings release.

"Recent events, however, have shown that we still have a lot of opportunities to improve our operations and deliver the outstanding experience that our customers expect," he said. "We will continue to strengthen our teams, enhance our technology, and expand our menu offerings in order to delight every customer who visits us." 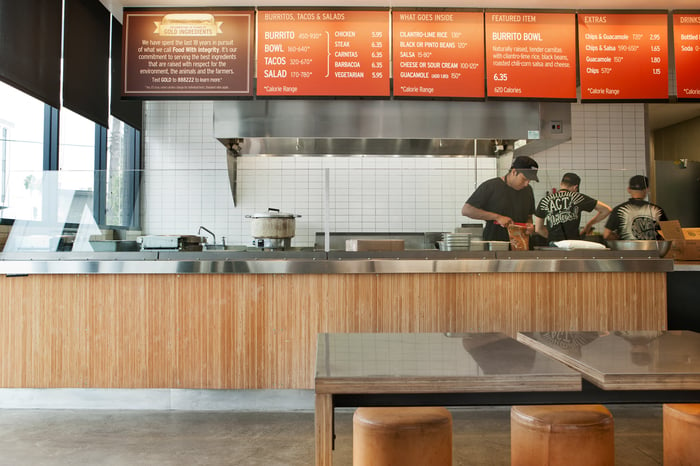 Chipotle has taken steps to improve safety and technology at its restaurants. Image source: Chipotle.

Chipotle built its business by offering a higher-end but still a fast quick-serve alternative to fast-food chains such as McDonald's (NYSE:MCD). That worked for a while, but the Golden Arches has turned around its own fortunes by focusing on convenience and technology.

The company has shown strong early results from expanding delivery in the U.S., even though its food doesn't travel particularly well. That's a model pioneered by Domino's -- offer decent, familiar food but make it really easy to get.

Chipotle has never been about convenience. In fact, the high level of customization it offers generally slows down service. Ordering by app for production on a second food-assembly line solves that problem. In theory, app-based ordering lessens the amount of people in line as well, which improves the experience for all customers.

Offering better food may eventually win the day for Chipotle if it also matches the convenience that lower-end chains such as McDonald's offer. Improving technology represents the best chance the Mexican chain has to recapture its former glory. While it's not the main news story about the brand now, those efforts do give it a brighter future.

Food Safety Is the Story Now, but Convenience Is the Future for Chipotle @themotleyfool #stocks $CMG $MCD Next Article
Current