Having been recently burned by oversupply issues, GoPro is going back to its playbook from before it was a public company.

Customers can buy a GoPro (GPRO 2.58%) camera in any one of 45,000 retail outlets globally. While this a great convenience for its consumers, it has been a significant supply chain challenge for GoPro. In late 2015, the company overestimated demand for some of its HERO4 cameras and didn't respond fast enough when the cameras weren't selling as expected. This issue has led to reduced revenues, significant write-offs, and contributed to the stock price drop-off of almost 80% since September 2015. 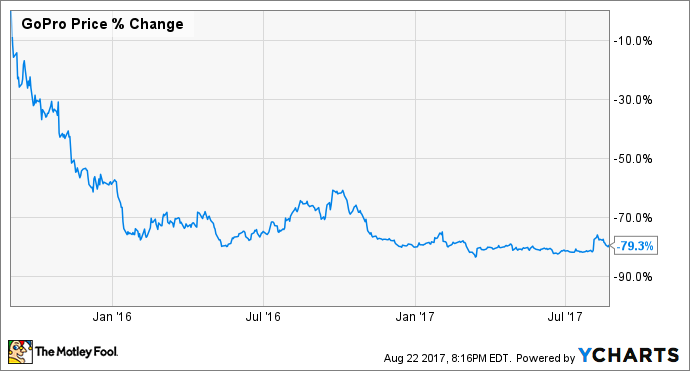 The company has decided to take a different approach for the 2017 holiday season: It will not meet customer demand. This is absolutely the right thing for GoPro. Read on for management's explanation for the approach, background on GoPro's supply chain, and how this oversupply issue has plagued the company almost two years. 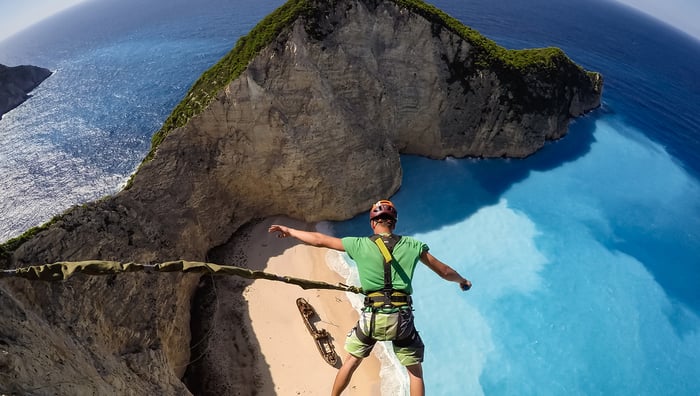 Near the end of the prepared remarks for the most recent earnings call, Nick Woodman, GoPro's founder and CEO, made a surprising and far-reaching statement.

...we have intentionally constrained our second half inventory purchases...

Huh? Yeah, that's what analysts on the call thought too. The first question of the earnings call included this question: "it sounds like you're throttling back intentionally with sales in the fourth quarter...Am I interpreting that correctly?"

Woodman replied that the analyst was "spot on," and went on to say this:

And if there is demand that exceeds this, we won't be able to realize it, but that's OK. This is how we ran GoPro for many years before going public and allows us -- it's a very responsible approach that allows us to be more predictable and manage our growth. And as you noted, importantly, exit the year with appropriate inventory levels.

Throttling back sales in the fourth quarter for GoPro is exactly what the company should be doing right now. In order to understand why, you need to understand GoPro's supply chain, and how an overly ambitious sales forecast for the HERO4 product family contributed to the company's disastrous 2016 performance.

GoPro, similar to other tech consumer-product companies, has outsourced its production to third party manufacturing companies in China. The company also manages the supply of key parts directly with the component suppliers. GoPro's inventory is made up of these key components at the manufacturing site and the finished cameras until they are shipped to the retailers. The company also records "liabilities" for the key components and non-refundable purchase commitments with contract manufacturers.

Graphic created by author from information in GoPro's annual report.

GoPro has six third-party distribution centers around the globe to store finished products, and ship to retail stores and distributors in their regions. Once an order is shipped out of this center and is received at the retail store or the distributor, GoPro recognizes revenue for its product (indicated by the blue star in above graphic). E-commerce is still a small portion of GoPro's fulfillment and over 90% of the company's product flows as shown above.

When a GoPro product reaches one of the 45,000 retail stores it is considered channel inventory and is not shown on GoPro's balance sheet. Given the enormous number of sites where the camera can be located, it's extremely important for the company to ensure the channel inventory continues to sell-through to the end customers. But in the second half of 2015, the company failed to do that.

Supply chain out of sync

The first warning sign that GoPro had problems with its supply chain was in October 2015 when the company announced a $100 price cut to its newly released HERO4 session camera. A price cut so early in the life of a product signaled that sales weren't going well.

Later that month this was confirmed when the company released its third quarter 2015 earnings report and the company took a $19 million charge for price protection and market development funds. Price protection is funds provided to retailers who purchased the HERO4 Session at a higher price before GoPro lowered the suggested retail price. Market development funds provide retailers some additional money for marketing and promotions.

GoPro's inventory had ballooned that quarter to more than double the prior year, but management downplayed the issue and indicated its inventory levels were "appropriate" given the upcoming holiday season.

But the channel inventory position didn't improve with the holiday season, as the products weren't selling through to customers as GoPro had forecasted. The company ended up taking $78 million in one-time charges to write off inventory for three of the six HERO4 models that would be discontinued and more retailer price protection. The company stated that the excess channel inventory would be "cleaned up" by the end of the first quarter of 2016, but it wasn't.

GoPro continued to deal with reduced order volume from retailers as they were struggling to sell the excess inventory in the channel for the entirety of 2016 and into 2017. This channel inventory and sloppy product transition to the HERO5 put GoPro's revenue growth in the negative territory for four quarters starting in the fourth quarter of 2015. 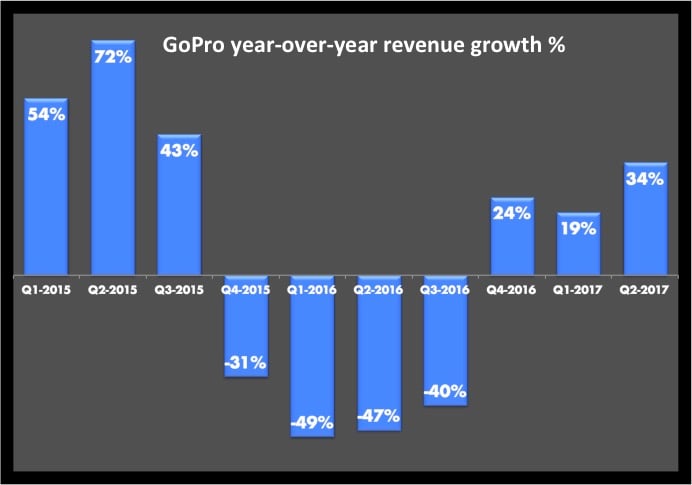 Even after revenue moved into positive growth territory, sales continued to be hampered by discontinued and excess product. It was not until the most recent the earnings call where there was no mention of discontinued models or excess inventory, and management indicated it was well positioned with the product and channel inventory. Finally, the HERO4 oversupply issue could finally be put in the rearview mirror for GoPro.

It's no wonder the company doesn't want to strive to meet a forecasted demand and run the risk of an oversupply situation. Hopefully, this once-burned, twice-shy company will be able to live up to its promise to act in more responsible manner when it comes to its supply chain in the future.