Citing production challenges with its recently introduced 100 kilowatt-hour battery, electric-car maker Tesla's (NASDAQ:TSLA) second-quarter vehicle deliveries fell sequentially. Even after Tesla's excuse for the pullback, some investors may be concerned about the meaningful drop in sales of Tesla's newer vehicle, the Model X SUV.

Lower deliveries for Model S recently are understandable. After all, the all-electric sedan was launched more than five years ago. But even with a production bottleneck, Tesla's Model X sales were growing fast enough before Q2 that it would seem more natural for Model X sales growth to decelerate, or simply level off. Instead, they declined.

Could demand for Tesla's late 2015-launched Model X be softening? 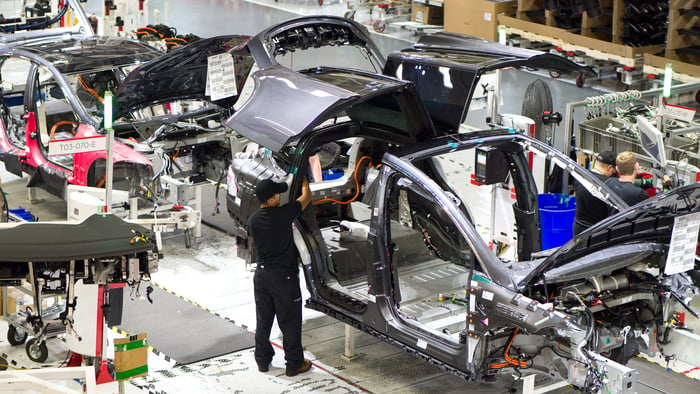 Tesla delivered about 10,000 Model X units in its second quarter. Sure, deliveries of the all-electric SUV were up 116% year over year, highlighting fast-growing demand and production on a year-over-year basis. But Model X sales declined for the first time on a sequential basis, falling 13%. 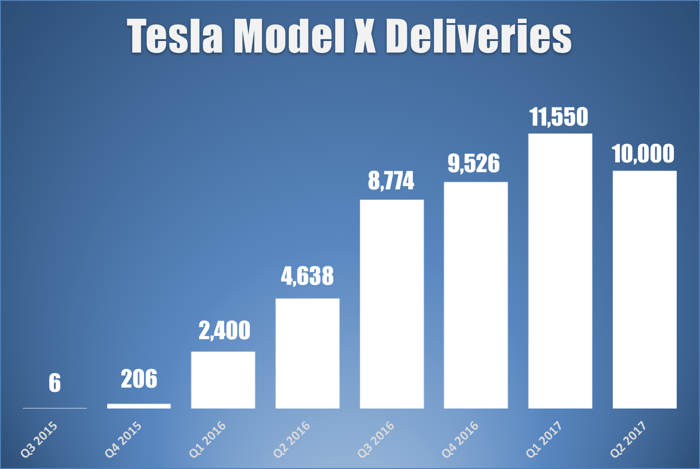 In addition to blaming lower vehicle sales in its second quarter on a production shortfall of 100 kWh battery packs, Tesla said lower Model X sales were specifically affected by a decision to add more Model X units to its test-drive and display fleets. But you can't help wondering if Tesla also strategically took advantage of the opportunity to distribute more Model X vehicles to its stores simply because demand for the SUV had softened.

Management: Growth is on the way

Despite the sudden reversal in Model X sales trends, Tesla asserts that demand for the SUV remains strong.

In addition to these recent optimistic trends for Model X demand, some of Tesla's recent actions have put in place significant catalysts for further demand growth.

A lower price: Earlier this month, Tesla announced a $5,000 price cut to its entry-level Model X, making it slightly more accessible to consumers.

More test-drive Model X units: Before Tesla sent more Model X units to its stores during Q2, Tesla said its stores had been operating with "far less" Model X test-drive and display units than what was needed, "and in some cases, none at all." Sales could pick up now that Tesla is more actively marketing the SUV. Indeed, Tesla said its 20% jump in Model X net orders during Q2 was likely largely driven by the SUV's improved visibility. 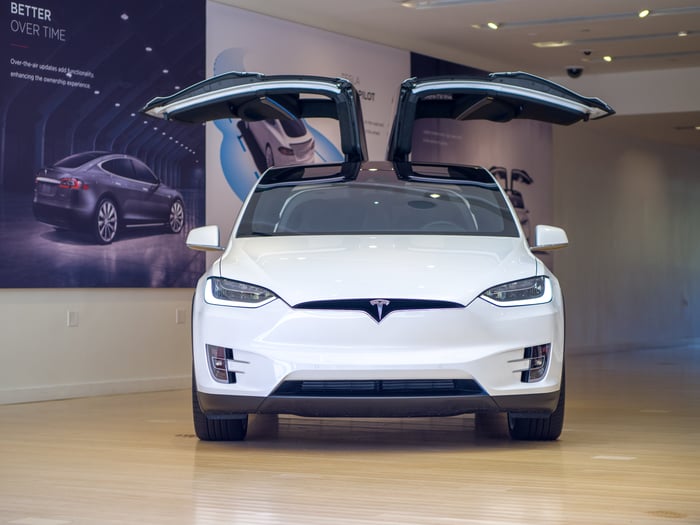 Improved reliability: Early Model X units were plagued with issues, and it has taken time for Tesla to reduce the SUV's problems to a reasonable level. But Tesla has doubled down on quality control for the Model X. If this leads to more positive reviews and word-of-mouth marketing, this could help sales.

Reviewing these recent sales trends and marketing tactics, investors may want to take Tesla seriously when it said in its second-quarter update on vehicle deliveries that "there appears to be substantial untapped sales potential for Model X."

Accounting for about 45% of Tesla's vehicle sales, the Model X will play a key part in the company's overall vehicle sales trends this year.