One of the most dangerous things a beginning investor can do is sell a stock short -- especially when it appears to be popular among others. Not only are your gains capped and losses open-ended, but the presence of so many others doing the same thing makes a short squeeze a very real possibility.

That's the caveat emptor for this article. While I think there's good reason to believe that the bears are right about the fate of RH (NYSE:RH) -- formerly known as Restoration Hardware -- I am not suggesting that the average reader go out and short the stock. 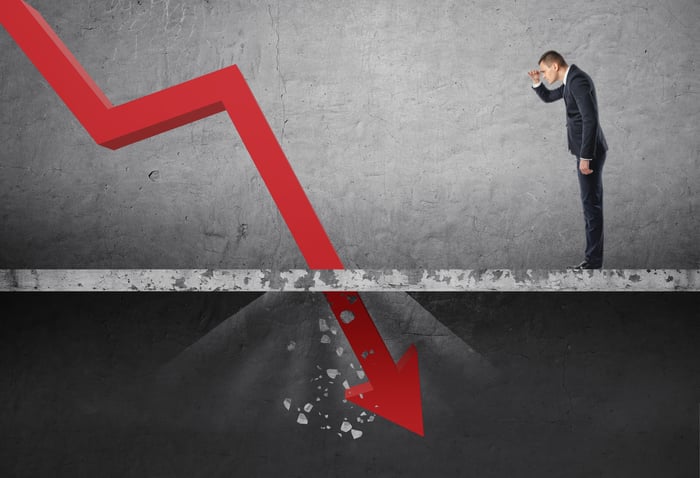 Part of that is due to the fact that so many investors already are: The Wall Street Journal reports that nearly 35% of RH shares outstanding are currently being sold short. That means there's massive pessimism about the company and its stock. Here are the reasons why those concerns are warranted.

In its previous iteration, RH had been a hybrid of direct e-commerce home furnishing sales and an in-store experience of a high-end retailer. With constant pressure coming from Amazon.com and, more directly, Wayfair on the e-commerce front, RH decided to double down on brick-and-mortar through its Design Galleries.

It also decided to forgo its promotional business model in favor of a membership one. With the lack of a defendable moat in the presence of mom-and-pop stores and the aforementioned e-commerce players, membership could drive brand loyalty -- or so the thinking goes. 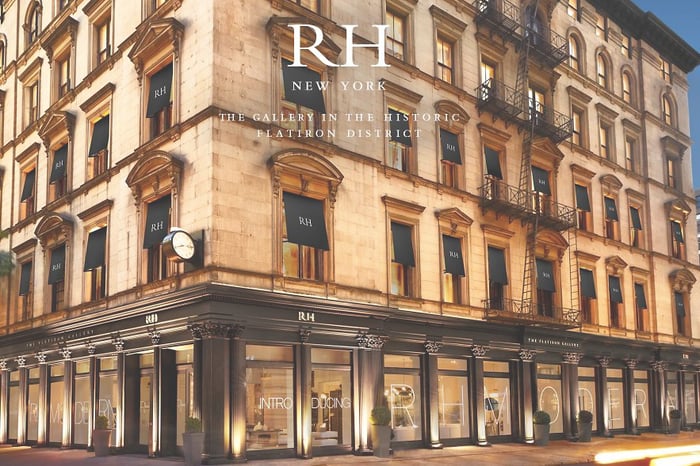 It's still too early to tell if the membership model will work -- management refuses to even give renewal rates -- but here's how the business has trended over the past three years.

The overall trends are decidedly negative, with growth slowing and a focus on retail locations leading to lower gross margins. It should be noted that the uptick over the last 12 months comes on the heels of a very strong fiscal first-quarter report. That being said, the company lowered its outlook for the rest of the year, and leads one to question: whether this was a sign of a turnaround or a one-off quarter whose memory will quickly fade.

As RH continues to build out its network of large-footprint stores, its financial fortitude has weakened considerably. That's important to note, as many of these locations are tied up in 40-year leases -- a very long obligation given the changing landscape of retail.

Look at what's happened to cash on hand (including short- and long-term investments) versus long-term debt over the past few years.

As you can see, over the past two years, the balance sheet's fortitude has plunged. That's due in large part to a massive share buyback that occurred earlier this year. While such share buybacks are usually a shareholder-friendly, it's an odd move for RH. That's because the company, as the chart above shows, is highly levered. It also only recently became cash flow positive.

What's more concerning is that CEO Gary Friedman recently had his compensation packaged reworked. "The primary performance measure that the compensation committee focused on as a result of these discussions was stock price performance."

Equally disturbing, the company announced in May that it was tapping its line of credit to repurchase an additional $700 million in shares. In just two months time, it bought back all of those shares -- a remarkably fast buyback.

Unfortunately, spending $1 billion on share buybacks is a backwards way of accomplishing Friedman's compensation goal. The number of shares outstanding has fallen by almost 50%, pushing the stock up over the short term but fragilizing the company over the long run.

Those types of moves have me believing that sans an enormously successful continuation of Design Gallery launches, RH bears have reason to believe that their thesis will play out over time.