Electric-car maker Tesla (NASDAQ:TSLA) just cut the price of its highest-end vehicles by up to $5,000, making its longest-range and fastest-accelerating Model S and X vehicles a bit more accessible.

These price cuts, which Tesla says are due to improved production efficiencies in its 100 kilowatt-hour battery, could also help reinvigorate sales growth of the two models after three quarters in a row of stalled growth. 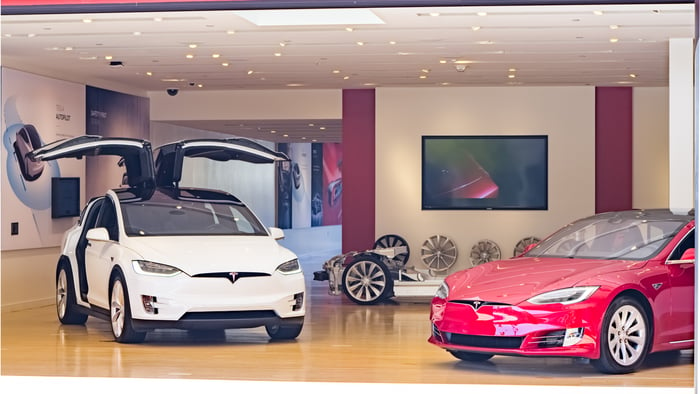 It's no secret that Tesla was facing some production headwinds with its 100 kWh battery. Made with new technologies and on new production lines, 100 kWh battery production averaged approximately 40% below demand until early June, Tesla said in its second-quarter update on vehicle deliveries. The bottleneck resulted in a "severe production shortfall" of the batteries, ultimately negatively impacting second-quarter sales, Tesla explained.

But Tesla said it resolved the production bottleneck during its second quarter, helping the company to deliver a record number of vehicles in June.

Its price decrease of Model S and Model X vehicles with 100 kWh batteries reflects "cost efficiency improvements of approximately 3% in 100 kWh pack production," management explained said in a statement to the press this week.

Interestingly, Tesla's price reductions to its 100 kWh Model S and X vehicles follow a $3,000 price cut of the base version of its Model X earlier this month. Furthermore, these price cuts come at a time when Tesla is trying to reinvigorate sales of Model S and Model X.

While Tesla's vehicle sales in its most recent quarter were up 53% year over year, sales growth has virtually stalled on a sequential basis since the third quarter of last year. In addition, second-quarter Model S sales of about 12,000 units were down substantially from record quarterly Model S sales of about 16,000 in the second quarter of 2016, suggesting Tesla Model S demand may have peaked. 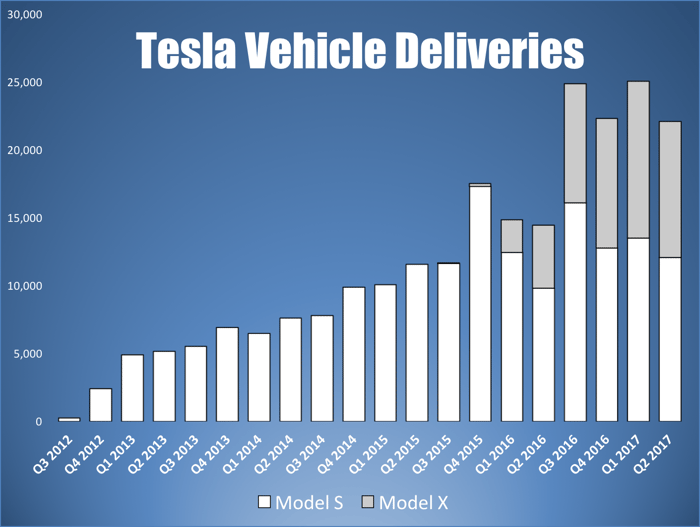 Of course, it should be noted that Tesla did see an uptick in orders for its Model S and X recently. So, even before these price cuts, there was already some substance behind management's expectation for sales growth. But Tesla's price cuts this month will likely help as well.

It makes sense for Tesla to be as aggressive as possible with the pricing of its Model S and Model X, as its recently launched Model 3 could end up cannibalizing some Model S and X sales as Tesla ramps up production of the newer vehicle. The Model 3 has a significantly lower starting price of $35,000.