Shares of Ulta Salon (NASDAQ:ULTA), the "all things beauty" cosmetics retailer, have come under pressure in the wake of its second-quarter earnings report. The sell-off certainly wasn't due to Ulta's actual results, which beat analyst estimates across the board. Revenue grew 20.6% over last year, while comparable-store sales grew an impressive 11.7%. Operating margins expanded to 14% compared with 13.5% in the year-ago quarter, and earnings per share grew 28%.

Given the stellar results, why did the stock take a tumble? The answer lies in the perceived fears of a slowing beauty industry, as well as rising competition from department stores and Amazon (NASDAQ:AMZN).

These concerns were raised on the conference call, and Ulta's management had answers. 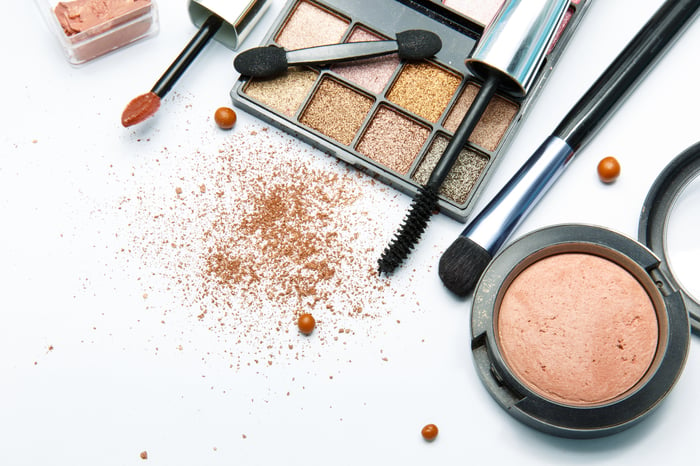 Many analysts questioned management about the outlook for same-store sales growth or comps. While last quarter's growth was a robust 11.7%, that marked a deceleration from the year-ago quarter 14.8% rate. Given the slowdown, as well as fears of rising competition, analysts put management on the spot.

CEO Mary Dillon adamantly reiterated the company's long-term comp growth guidance of 7%-9%. While that's quite high, one should keep a few things in mind. First, new stores generally grow sales over the first five years as the surrounding population becomes aware of Ulta, and as new members of Ulta's Ultamate rewards program increase their spending.

Second, the company is just entering urban markets, with a downtown Chicago store opening in June, and the first Manhattan store opening this quarter. These urban locations should be higher-revenue stores, which should boost top-line growth. In fact, Ulta still only has 4% overall market share in the total beauty market, despite the company's incredible recent run.

Also, the company is rolling out a new salon initiative it is testing in two new markets. This is important because only 6% of Ulta customers use its salon; however, those who do use the salon spend almost three times as much as a normal guest.

Finally, Ulta is adding sought-after brands to in-store boutiques such as the Mac makeup rollout that began this spring. As Ulta appeals to beauty enthusiasts with exciting in-store events, that drive incremental sales throughout the store. As Dillon said, "I don't want to seem too optimistic but we think there is plenty of room to continue to drive very healthy comps for the foreseeable future."

One potential hang up analysts might have had was the company's margin guidance for the current quarter, which Ulta believes will result in only 18.6% earnings growth, down from 28% last quarter.

Management gave two reasons for this. First, the third quarter represents the peak of spending on installing the new Mac boutiques. That requires writing off existing fixtures and installing the new features in stores. Moreover, the third quarter will mark the opening of the company's first Manhattan store, which is a higher-cost store than the usual suburban Ulta. Finally, the company continues to invest in its new Fresno distribution center, which won't open until next year.

The folks in Seattle

Finally, analysts were worried about the Amazon effect on Ulta's business. The fear is twofold. Some worry that the world is moving toward online shopping in general. Additionally, some believe more prestige makeup brands might begin selling on Amazon, whereas these brands have traditionally not sold there for fear of diminishing their prestige image. With the acquisition of Whole Foods and Amazon's growing clout, however, more prestige brands are warming up to the e-commerce giant.

To address the first concern, Ulta has been ramping its e-commerce capabilities, with e-commerce sales increasing 72%, accelerating from 54.9% in the year-ago quarter. Its new distribution centers and omnichannel focus have been paying dividends, as omnichannel customers increased to 8.8% of total shoppers, up from 7.2% a year ago. Those shoppers actually spend more on both platforms than store-only or digital-only customers and average more than twice as many transactions per year.

Second, Ulta feels confident its "beauty enthusiast" customer is attractive for brands, and that its loyalty program will compel its customer to choose Ulta over Amazon Prime. Dillon emphasized the point that Amazon already sells brands Ulta offers in its stores, such as "Mario Badescu, Butter London, Steeler; these are some brands that are sold there as well sold as Ulta Beauty and they are growing like crazy for us."

The market is nervous that Ulta's industry-leading growth can't be sustained, but management doesn't seem too worried. The companies growing store foot print, increased presence in urban areas and the continued strength of its loyalty brand, should deliver growth for many more years to come.