Not all dividends are created equal, not even for companies with similar business profiles. Two real estate investment trusts, veteran Realty Income (NYSE:O) and younger upstart Store Capital (NYSE:STOR), make their money in largely the same way, and both pay relatively generous distributions.

Only one of them can be the better dividend buy, however. Read on to find out which one I'd prefer.

Realty Income and STORE Capital both specialize in the leasing of retail properties.

The former is the star of the segment, largely because of its experience and size. At the end of the company's Q2, it operated 5,028 properties. These were stuffed nearly full, as total occupancy for Realty Income was 98.5%. (It should be kept in mind, though, that the company diversifies -- roughly 20% of its portfolio is in non-retail commercial property.) 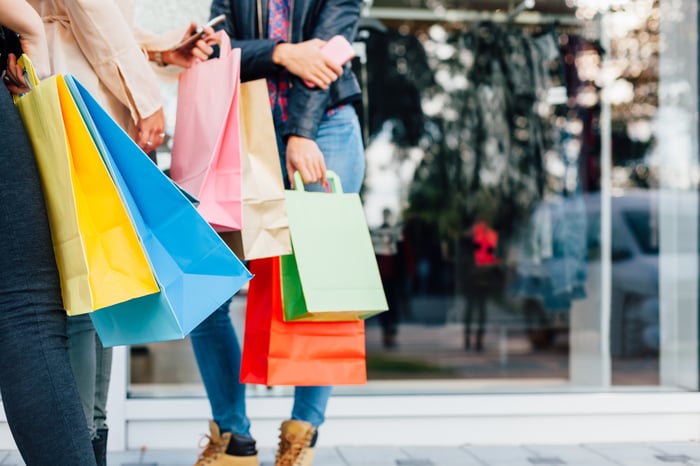 Since its buildings are stuffed with tenants, it's difficult for Realty Income to grow organically, so it busily acquires assets whenever it finds a good buying opportunity. During Q2, it plowed over $321 million into 73 properties across 27 states.

This mix of solid underlying fundamentals and a nearly constant influx of new real estate has been good for the company's results. Q2 saw the company lift its revenue by 11% on a year-over-year basis to just over $300 million, and its adjusted funds from operations (AFFO, the most important profitability line item for REITs) rose by 15% to $208 million, or $0.76 per share.

As for the dividend, Realty Income pays it out every month. Recently, the REIT declared that its September distribution would be slightly over $0.21 per share, which yields 4.4% at the latest closing stock price.

Taking the company's Q2 per-share earnings figure of $0.30 and dividing it by the dividend payments during the quarter results in a scary payout ratio of 211%. A more revealing ratio comes from AFFO; on that basis, the figure stood at a manageable 83%. (REITs, by the way, are required to pay out nearly all of their net taxable income as dividends.)

Store Capital is younger, smaller, and more tightly focused than Realty Income as a purer-play retail REIT. It also has an interesting and successful niche in sale-leaseback. In these transactions, the owner of a property sells it to an outside operator and then leases it back from the new landlord. This tends to keep tenants in place, as they have a historical attachment to the property.

At the end of Q2, Store Capital was the landlord for 1,770 properties in the United States. It topped Realty Income's occupancy rate -- no small feat -- with 99.5% as of the end of June.

Like its rival, it's a restless and assertive buyer of new assets, which helps improve results. Store Capital's Q2 saw the company increase its total revenue by a muscular 24% to $114 million, with AFFO rising at a 29% clip to over $76 million, or $0.44.

That kind of performance caught the eye of Warren Buffett's Berkshire Hathaway (NYSE:BRK.A)(NYSE:BRK.B), which recently invested $377 million in the company, in return for a nearly 10% stake. That put the formerly under-the-radar Store Capital on the map; now it's a well-known player in the REIT game.

Buffett and Berkshire Hathaway are going to enjoy the dividends their new investment is paying them. Store Capital's quarterly dividend is currently $0.29 per share, which shakes out in a yield of 4.6%. In terms of Q2's net profit, the payout ratio is 83%. On an AFFO basis, it's 66%.

Rumble of the REITs

So which of the two has the more attractive dividend?

That's a tough one, as Realty Income and Store Capital are very similar in many ways; even their yield figures are only a few basis points apart.

It's hard to resist the appeal, and novelty, of a monthly payout, but I'm going to have to vote away from Realty Income here and pick the young upstart.

I think Store Capital has more room to grow than its well-established competitor, not least because it can use that chunky Berkshire Hathaway investment to improve its balance sheet. In Q2, the interest expenses on its debt amounted to nearly 30% of revenue, while Realty Income's burden was only 21%.

That $377 million is a big pile for a company of its size, and deploying at least some of it to retire debt will free up resources to grow its business. And in the REIT world, fundamental growth almost always equals dividend growth.

Don't get me wrong: I think Realty Income is a solid company that has more than proved its worth over decades of successful operation. But we invest on potential, not history, so with that in mind, I'm choosing Store Capital.