Shares of apparel retailer Genesco (NYSE:GCO) fell as much as 18% on Thursday, following the company's second-quarter earnings release for fiscal 2018. The stock closed the trading day down about 17%. 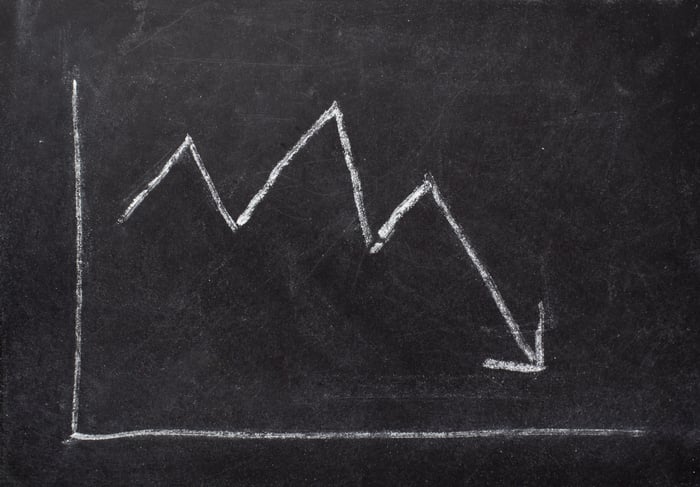 Both revenue and earnings per share were worse than in the year-ago quarter, when Genesco reported revenue and adjusted EPS of $625.6 million and $0.34.

Comparable-store sales at Lids were down 2%. Notably, however, overall comparable sales for all of Genesco's brands were flat, when including both same-store sales and comparable e-commerce and catalog sales.

Going forward, Dennis expects tough year-over-year comparisons, thanks to underperformance at Lids and the broader industry trend of anemic traffic at malls as consumers shift spending "away from stores to online."

Considering current headwinds, management opted to reduce its full-year guidance for adjusted EPS from a previous range of $3.90 to $4.05 to a new range of $3.35 to $3.65.