Shares of home technology company Alarm.com (NASDAQ:ALRM) increased nicely in August, gaining 18.1% during the month, according to data by S&P Global Market Intelligence. The stock's gain helped extend the stock's great year so far. Shares are up more than 60% year to date.

Investor optimism toward Alarm.com in August was likely primarily spurred by the company's second-quarter results, which included better-than-expected revenue and adjusted EPS. In addition, investors were likely pleased with Alarm.com's move to raise its outlook for the year. 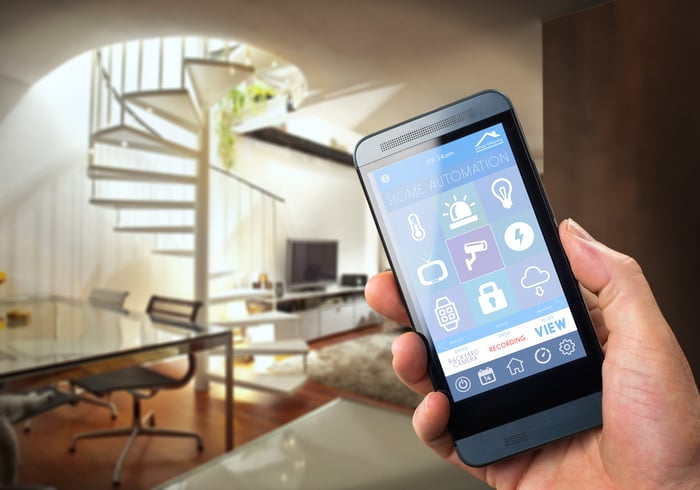 In Alarm.com's second quarter, which the company reported on Aug. 8, the connected home security and automation company saw its revenue increase 33% year over year to $86 million. In addition, Alarm.com's non-GAAP EPS was $0.33, up significantly from $0.15 in the year-ago quarter.

Software-as-a-service (SaaS) and license revenue was a key catalyst during the quarter, soaring 40% year over year to $58.9 million. This revenue, however, included the first full quarter of revenue from Alarm.com's recently acquired business unit, Connect.

Thanks to strong growth trends in its SaaS and license segment, Alarm.com said in its second-quarter report that it now expects full-year revenue between $326.3 million and $327.8 million, up from a previous guidance range of 322.7 million and $225.7 million.