The celebrated activist investor is assuming a less confrontational posture than normal to advocate for change at Procter & Gamble. Should he be throwing bigger rocks?

With a little more than a month to go until Procter & Gamble Co.'s (PG -1.90%) shareholder meeting on October 10th, Trian Fund Management, L.P., is lobbying investors to vote famed activist investor Nelson Peltz onto the company's board. Peltz is known for offering up bold solutions to prod large corporations out of share-price doldrums. And he often begins a campaign for a board seat with a hail of publicity, backed by a comprehensive white paper that holds little back in detailing a company's deficiencies.

But what's less well known is that Trian Partners tends to stick around as a corporate investor, counter to the perception that activist investors are in for quick profits to the detriment of long-term corporate success. According to Trian Partners, when Peltz joins a corporate board, its average investment holding period extends to roughly seven years.

Additionally, there's no clear evidence that Peltz's presence has been destructive on the various boards he's joined. Many executives who initially opposed his participation in their corporate decision making, like outgoing Mondelez International CEO Irene Rosenfeld, now serve as references for the value of having Peltz as a board advisor.

Trian unveiled a 1.5% stake in P&G in February, and the company's response has been typical of often-warranted fear when an activist investor seeks deeper influence. Current and former P&G executives are pushing back and claiming that Peltz's election as a board director won't be constructive and will hurt the company's momentum. 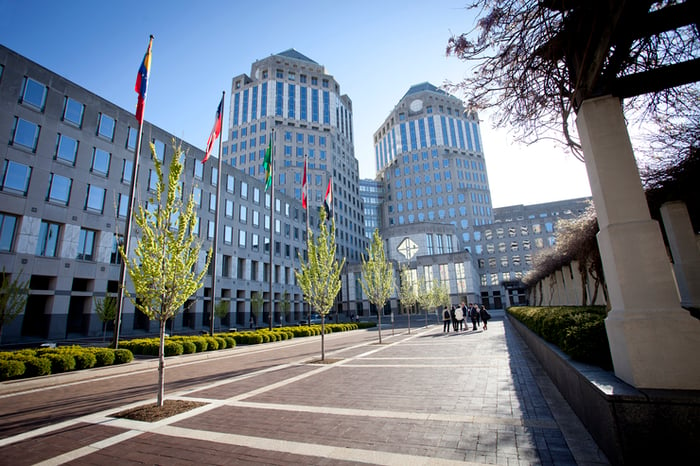 P&G's shortcomings according to Trian

Whether P&G's momentum gets curbed is debatable, but executives should feel some healthy pressure from Peltz's thesis. Trian's presentation, while not delivered with the same bite as some of its prior efforts with other companies, nonetheless contains a fair share of damning charts.

The most vivid show P&G losing market share, trailing peers in organic revenue growth, suffering from "excessive cost and bureaucracy," and coming near last place in multiple time frames over the last 10 years in a metric known as total shareholder return, or TSR. TSR can be calculated in a number of different ways, but most approaches measure it as the total value a shareholder receives from stock appreciation, reinvested dividends, and the effect of corporate share repurchases.

Of the various issues Trian isolates, P&G's weak TSR provides, perhaps, the best rationale for Peltz to have a seat at the board's table. That's because, for Procter & Gamble, TSR isn't just a metric, it's a strategy that ultimately effects every aspect of the organization's business.

P&G has maintained a TSR strategy through its last three CEOs. For the last six years running, you'll find the following (or a very similar version) as the lead paragraph under the heading "Strategic Focus" in the company's annual report:

The Company expects the delivery of the following long-term annual financial targets will result in total shareholder returns in the top third of the competitive peer group:

P&G has explicitly made it a goal to land in the top third of its competitive peer group in TSR, yet as Trian points out, it consistently lands at, or near, the bottom. Here's a sample of publicly traded companies in P&G's peer group as measured by the close cousin of TSR -- total return (price appreciation with dividends reinvested): 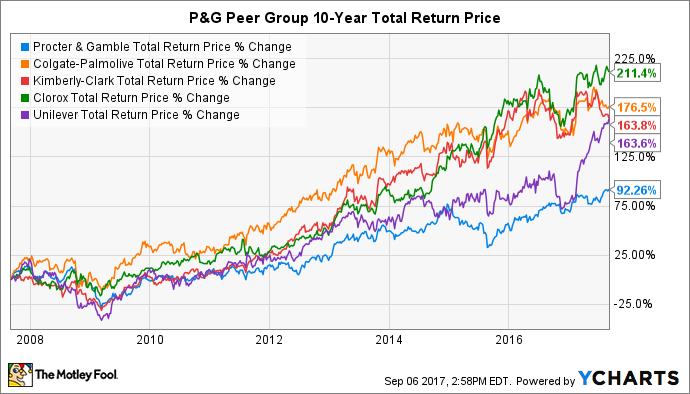 Why does P&G stock perennially underperform?

Regardless of numerous cost-cutting and product-growth initiatives, P&G stock often trails its competitors. I believe this is because P&G has crucially mistaken what results from innovative operations and rational capital deployment -- that is, total shareholder return -- for a business strategy.

Specifically, in trying to achieve a high TSR, P&G has focused much too heavily on two components of the metric: dividends and share repurchases. It's done so to the detriment of running the business in a manner that drives the most important portion of TSR: stock price.

Since Peltz's presentation charts go as far back as 10 years, I ran some numbers over the same time frame to illustrate my point. Since the 2008 fiscal year, Procter & Gamble has cumulatively booked $117 billion in annual net income, which has, in turn, generated $144 billion in operating cash flow.

Of that amount, just $34 billion has been allocated to capital expenditure (manufacturing facilities, building, equipment, etc). But $121.5 billion has been returned directly to shareholders through dividends and share repurchases. If you're wondering, the $11.5 billion cash shortage resulting from these items has been made up through a combination of working capital changes and the issuance of short- and long-term debt.

Over the last 10 years then, the company has been devoting enormous amounts of capital to dividends and share repurchases, which could have been used, instead, for more advanced manufacturing, higher innovation, additional business acquisitions, or even marketing to spur volume and market share growth. So counterintuitively, by striving to hit the "top third" in TSR, but paying too much attention to the least two important components, P&G almost ensures that it will remain entrenched near last place.

Granted, management has tried to be proactive in lifting share price. P&G's massive trimming of nearly 200 brands to just 65 has improved profitability, but this will do only so much over the long term. In fiscal 2017, the multi-year effort resulted in just 3 percentage points of operating margin gains versus the benchmark year of fiscal 2015. To me, this is evidence that the company is under investing in crucial parts of its business due to a needless shortage of ready money.

P&G's TSR strategy made sense years ago, when the consumer staples business was relatively stable and predictable. But as technology increasingly disrupts consumption habits, and competition only intensifies, the approach simply isn't viable.

Trian's whitepaper goes to some length to reassure P&G investors that it doesn't want to gut the staid consumer products conglomerate, offering a list of things it claims it isn't trying to effect. Trian doesn't want to remove P&G CEO David Taylor or other directors and isn't advocating for a company breakup, or taking on more debt, or cutting pension benefits. Trian further claims it doesn't want to reduce capital spending, marketing, or R&D levels.

As Trian disavows the use of these common activist tactics, what's left for Peltz, should he win a seat on the board, is to try persuasion as a means to influence company strategy toward a more fruitful use of resources. But I'm not convinced that well-honed arguments will do much within a culture that continues to cling to an outmoded financial strategy.

Rather than an activist, Peltz is known to see himself as a "constructivist." But in this case, perhaps a more aggressive approach is warranted.