Gilead Sciences agreed to acquire Kite for $11.9 billion, or $180 per share. That buyout price represented a 29% premium to its closing price prior to the announcement. 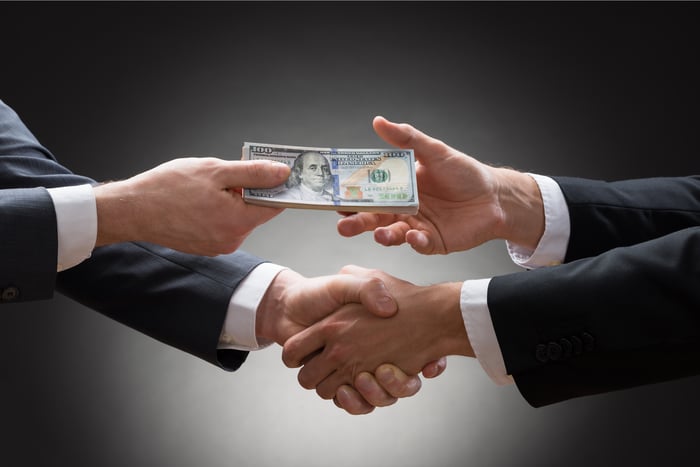 Investors had been expecting it to make a splashy acquisition for a long time. Gilead said that it bought Kite because it would immediately give the company a leadership position in the emerging field of cell therapy.

Gilead's timing looks quite good because Kite is just a few short months away from receiving a go/no-go decision from the Food and Drug Administration related to its lead CAR-T candidate, axicabtagene ciloleucel (axi-cel). Axi-cel is a hopeful treatment for refractory aggressive non-Hodgkin lymphoma. The drug candidate is currently under priority review with the FDA, and it has a PDUFA date of Nov. 29. A marketing authorization application has also been filed in Europe and a decision is expected in 2018.

The acquisition of Kite establishes Gilead as a leader in cellular therapy and provides a foundation from which to drive continued innovation for people with advanced cancers. The field of cell therapy has advanced very quickly, to the point where the science and technology have opened a clear path toward a potential cure for patients. We are greatly impressed with the Kite team and what they have accomplished, and share their belief that cell therapy will be the cornerstone of treating cancer.

Gilead's buyout of Kite will be made using cash on hand. Given that the company ended June with more than $36 billion in cash in its bank account, this deal looks to have a very high chance of closing without any issues in the fourth quarter. What's more, it is possible that Gilead could still be on the prowl for other acquisition targets. The company is still struggling to offset the huge sales declines from its hepatitis C franchise. Axi-cel's peak sales estimates are "only" about $1.7 billion. That's a huge number in absolute terms, but it might not be big enough to move Gilead's top line forward.

Congratulations are in order to all long-term Kite shareholders. Anyone smart enough to buy the company's stock after the IPO has earned a more than 500% return in about three years. My suggestion to Kite's shareholders would be to sell today and start the search for the next home-run stock.