The broader market indexes ended the trading day close to where they opened it, but these stocks climbed significantly. Find out why.

The stock market was mixed on Thursday, with the major U.S. indexes closing the session almost flat. Concerns about the damage Hurricane Irma will inflict when it hits the Florida coast this weekend continued to weigh on certain sectors, but a moment of bipartisanship in Washington made generated some optimism about the potential for progress on the White House's domestic agenda later this year. Some individual stocks also delivered good news for investors, and Cabela's (CAB), Fitbit (FIT), and AbbVie (ABBV 3.06%) were among the best performers on the day. Below, we'll look more closely at these stocks to tell you what propelled their gains.

Cabela's stock jumped 14.3% after the retailer got positive news on the regulatory front related to its proposed merger with outdoor gear peer Bass Pro Shops. The Federal Reserve approved the sale of Cabela's credit card division to Synovus Financial (SNV 3.04%), which was the last obstacle in the way of the larger merger transaction. The stock's move brings its price to within $1 of the proposed $61.50 per share in cash that Cabela's shareholders are slated to receive under the terms of the agreement. Many watchers now expect the deal to get completed before its initial deadline in early October. 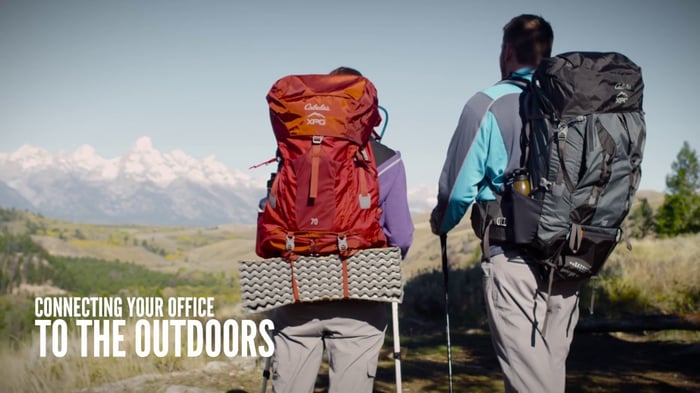 Fitbit joins the fight against diabetes

Fitbit shares climbed 9.8% in the wake of the wearables company's announcement that it was forging a new partnership in the fight against diabetes. The fitness-tracking device manufacturer said it will collaborate with glucose-monitoring specialist DexCom (DXCM 5.51%) to put important information for those suffering from diabetes on its new Ionic smartwatch. With the holiday shopping season coming up, Fitbit is looking for strategies that can boost its flagging sales; adding a feature that meets the specific needs of a large, well-defined group of potential customers could be just what the doctor ordered for building up sales momentum over the rest of the year.

AbbVie gets some good news

Finally, AbbVie shares gained 6.1%. The drug maker said that its candidate treatment upadacitinib had met its primary endpoint in a phase 2b study in treating atopic dermatitis, showing a greater mean percentage of changes from the baseline in eczema area and severity compared to a placebo. Upadacitinib also helped 50% of patients achieve clear or almost clear skin, and reductions in itching were also positives for the drug. AbbVie management saw the news as good, and with the drug also in phase 3 trials as a treatment for rheumatoid arthritis and psoriatic arthritis, upadacitinib has several potential routes that could lead to it becoming a blockbuster.