Please ensure Javascript is enabled for purposes of website accessibility
Log In Help Join The Motley Fool
Free Article Join Over 1 Million Premium Members And Get More In-Depth Stock Guidance and Research
By Daniel B. Kline - Jul 3, 2017 at 8:10AM

The company has a deal to be acquired by Bass Pro Shops.

After some complicated struggles that had Cabela's (CAB) divesting itself of its credit card business, it appears that deal for the company to be purchased by Bass Pro Shops will move ahead. That news has cheered nervous investors, because there have been times since the deal was announced when it appeared it wouldn't happen. 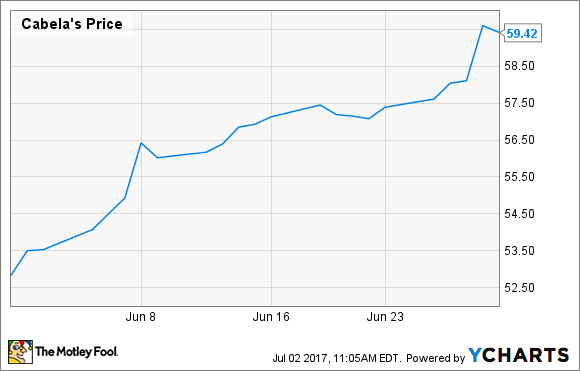 Shares in Cabela's have been moving upward since late April, when the company reached two important deals. First, it lowered its sale price to Bass Pro Shops by half a billion dollars to reflect its weakening business. Second, the company reached a deal with Synovus Financial to purchase its credit card portfolio after a similar deal with Capital One Financial looked as if regulators wouldn't approve it. 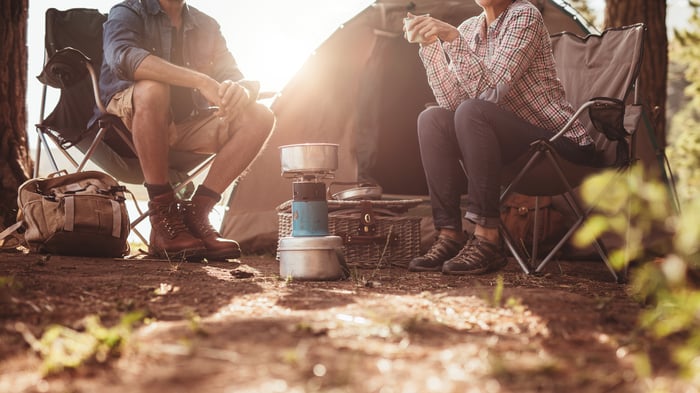 Under the terms of the amended deal, Cabela's will be acquired for $61.50 per share in cash. The transaction, which still requires federal regulatory approval, is expected to close in the third quarter of 2017. Once an acquisition deal has been announced, shares generally trade around or a little below the purchase price, based on the level of uncertainty associated with the transaction.

Cabela's shares closed May at $52.82 after recovering in that month, once it became clear the bank issue wouldn't sink in the deal. The stock continued to rise in June, closing the month at $59.42, a 12% gain, according to data from S&P Global Market Intelligence.

Shares are still trading below the sale price. They're likely to continue to rise after Cabela's shareholders vote on the acquisition on July 11. There's little reason to believe they won't approve the deal.

That leaves federal regulators as the only wild card, and it's hard to know if they will demand any concessions. Given the many recent bankruptcies in the sporting-goods and outdoor products spaces, there's a small chance regulators don't want to see the amount of choices available to consumers to get smaller. That's not very likely, though, given that Bass Pro will still face significant brick-and-mortar and digital competition after the deal closes.