The sporting goods retailer may be in danger of getting what it wished for.

After looking like its merger with Bass Pro Shops was doomed, Cabela's (CAB) just breathed new life into it by lowering the purchase price a half-billion dollars and getting Synovus Financial (SNV 1.73%) to buy its bank instead of Capital One Financial (COF 1.30%).

While the deal is still undergoing antitrust review, it suddenly appears to have legs once more. However, that doesn't mean the $5 billion price tag isn't still too high. Cabela's business has weakened considerably since the merger was first announced, and it was already spiraling down then, so while the lower sticker price is better, Bass Pro may find out it's still overpaid for its rival. 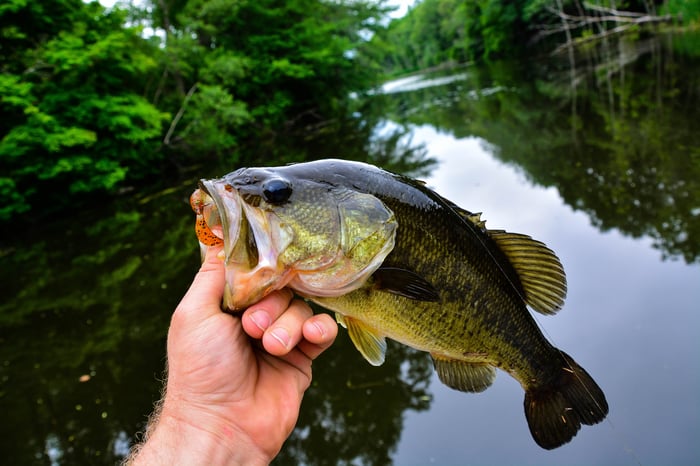 Wheels coming off the deal

The original deal between Cabela's and Bass Pro had the latter paying $65.50 per share, or about $5.5 billion, while Cabela's would sell its World's Foremost Bank credit card division to Capital One in a separate transaction worth $200 million. But it didn't take long for problems to develop.

First, the Federal Trade Commission requested of both Cabela's and Bass Pro Shops additional information about the deal, known as a second request. While it's not fatal when a big industry merger gets closer scrutiny -- Anheuser-Busch InBev's acquisition of SABMiller received one before getting the green light -- it does signal that antitrust regulators have concerns that could lead to it getting squashed. Just ask Staples and Office Depot after a second request.

While Cabela's and Bass Pro don't necessarily overlap where they do business, with the former stronger in the northwest and the latter more prevalent in the southeast, there is a substantial overlap in their customer base (Bass Pro says about 45% of its customers also shop Cabela's), and the industry is undergoing a wave of consolidation thanks to the declining fortunes of the retail industry. Gander Mountain has filed for bankruptcy, as has the parent of Eastern Mountain Sports, which followed Sports Chalet, City Sports, and Sports Authority in all going under. The merger will leave very few national sporting goods chains operating. 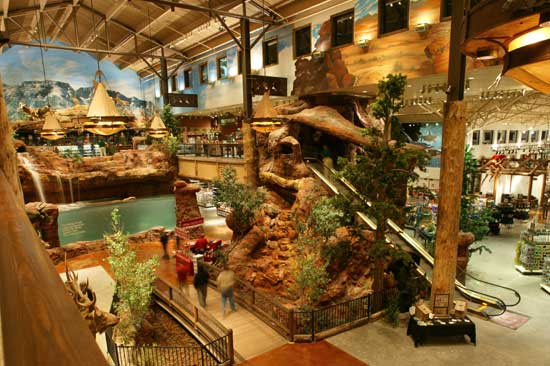 Then Capital One said it likely wouldn't be able to complete the acquisition of Cabela's bank because it wouldn't be able to get regulatory approval in a timely manner. It is operating under a consent order from the Comptroller of the Currency because of money laundering laws it violated a few years ago from a check-cashing business it once operated. And because Cabela's credit card business is chartered as a bank, it needs approval from the comptroller.

With the wheels on the deal falling off, it seemed like it wouldn't go anywhere, which is why the announcement of Cabela's and Bass Pro agreeing to a new lower price of $61.50 per share electrified its chances. Still, equally important is the announcement that Synovus is stepping in as an intermediary for Capital One. The financial services company will acquire Cabela's bank, but it will subsequently sell the credit card assets and related liabilities to Capital One while retaining the bank's deposits for itself. As originally agreed, Capital One will be the exclusive issuing partner of Cabela's branded CLUB Visa program for 10 years.

With the deal back on, Bass Pro might find out the truth of the admonition to be careful what you wish for.

In February, Cabela's reported fourth-quarter earnings that showed its business continuing to deteriorate. Revenues fell 5% on a 4% decline in retail sales and a 12% drop in internet and catalog sales. While retailers of all kinds are finding some salvation in their e-commerce efforts, even if their brick-and-mortar stores are floundering, that's not even working for Cabela's.

Comparable-store sales also fell 6.5%, and merchandise gross margin decreased by 118 basis points in the quarter to 32.2%, as it was forced to become highly promotional to try to move goods and reduce inventory levels. It sounds very much like what its bankrupt competitors have gone through, and though Cabela's isn't in danger of a financial collapse, it does carry a lot of debt -- Bass Pro Shops is buying a business that is on the decline. 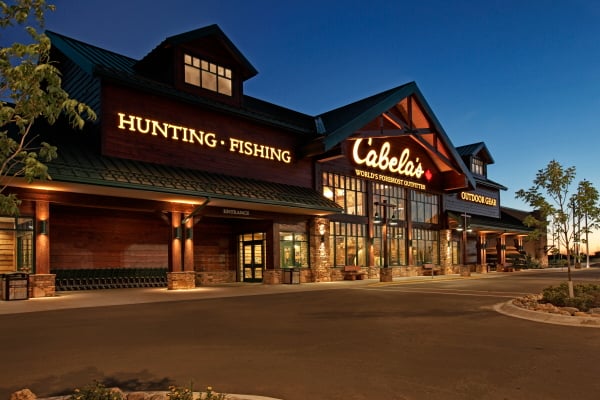 Ratings agency Moody's assigned a lower credit rating to a Bass Pro secured term loan last November because of the significant risks that come with trying to integrate Cabela's into the fold. Large mergers rarely work out as intended, and oft-touted synergies fail to materialize. However, Moody's did say Bass Pro's outlook was positive because it is expecting the sporting goods chains to generate earnings growth from the acquisition, though it said that could change if the merger becomes more difficult than expected.

With a common customer base despite little overlap in markets, it seems difficult for Bass Pro Shops to achieve the kind of savings that will be needed to make a go of Cabela's. Activist investor Elliott Management, which put the deal in motion by agitating for a sale of Cabela's, has already sold off its 9.2% stake in the company, suggesting the deal is still flying due to inertia and the $230 million breakup fee Bass Pro would be obligated to pay if it backed out. About the only thing that can save Bass Pro Shops from consummating what could be a bad deal would be the FTC stepping in and saying no.

Should Bass Pro Shops Ask for Another Discount From Cabela's?
405%